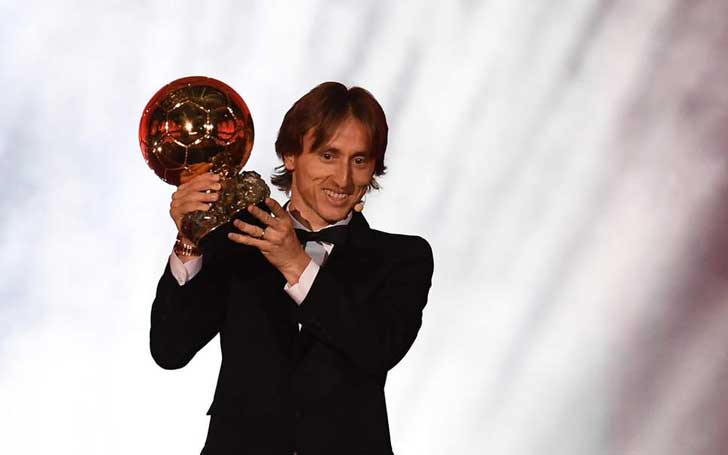 Croatian captain and Real Madrid midfielder, Luka Modric has won the most prestigious award from the France Football, Ballon d'Or.

The 33-year-old Croatian footballer was honored with the award in the award ceremony in Paris on Monday, 3rd December. 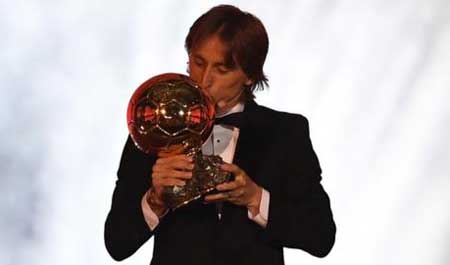 Cristiano Ronaldo, the former Real Madrid striker, who just moved to Italian club Juventus this summer came second. Antoine Griezmannn and Kylian Mbappe who were the key player from France in winning the 2018 World Cup came third and fourth respectively.

Meanwhile, Argentina and Barcelona captain Lionel Messi, finished fifth. It is the first time he finished the tally below 3rd position in last 12 years. Brazilian footballer Neymar, who had a terrific season with both PSG and national team at the world cup finished at a distant 12th.

Former Brazilian footballer Kaka was the last man to win the award in 2007 before Ronaldo and Messi to win it.

The Monday's win marks a stellar year for Modric who already won the FIFA Best Player of the Year Award, Golden Ball award for the best player at World Cup. 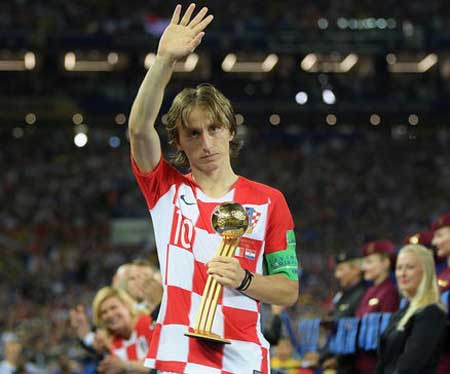 After taking the honor in Paris, Modric said 2018 is a "dream year" for him. He further said,

Throughout my career, I realized hard work, persistence and belief in yourself in difficult moments are the foundations of success.

Maybe in the past, there are some players who could have won the Ballon d'Or like Xavi, Andres Iniesta or [Wesley] Sneijder but people finally now are looking at someone else.

This award is for all the players who probably deserved to win it and didn't. It was a really special year for me.

The France Football added another honor, Women's Ballon d'Or this year which was taken by the Lyon and Norway striker Ada Hegerberg, 23. Mbappe, 19, took home the inaugural Kopa Trophy for the best under 21 player, selected by former Ballon d'Or winners.