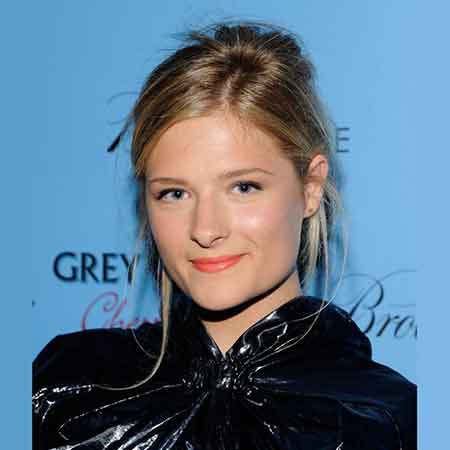 Louisa Gummer is a promising American model who signed to the prestigious IMG Models agency. She is one of the three daughters of Academy Award-winning American actress, Meryl Streep and her husband of over 4 decades, Don Gummer. Beautiful and poised just like her mother and disciplined and clam, like her father, Gummer was born to be a star.

She has three siblings, an older brother, Henry Wolfe Gummer, a musician, and sisters, Grace Gummer & Mamie Gummer: both of them are actresses.

CAPTION: Louisa Gummer with her sisters, and mother SOURCE: zimbo

Gummer had a keen interest in the field of fashion and modeling in contrary to her sisters who choose to be an actress like their mom.  As of 2018, she works with the globally famous model management firm IMG Models.

She has campaigned for Dior and American ma s s media company ‘Condé Nast’. She has been also featured in glossy magazines such as Vanity Fair and Glamour.

Besides modeling, she also made her appearances in TV series which includes EastEnders (2011), and The Sitcom Trials (2003).

Gummer has earned a considerable amount of money from her various work. As per some online sources, her net worth can be a s sumed to be in a million dollar, but the exact amount has not been revealed yet. According to the sources, the average salary of IMD model is $66,561 per year.

Louisa Gummer is unmarried and she has kept her personal everything secret regarding her affair and relationship. As of 2018, she is quite busy in her career and does not have a boyfriend.

Louisa is quite close to her family and is often seen spending time with them. She is also seen attending red carpet with her mon and siblings which includes the premiere of The Giver starring Taylor Swift, Brenton Thwaites, Katie Holmes, and Odeya Rush on August 11, 2014, at the Ziegfeld Theatre in New York City and the premiere of Florence Foster Jenkins at New York City’s AMC Loews Lincoln Square 13 Theater starring Hugh Grant, Simon Helberg, Rebecca Ferguson and Nina Arianda.