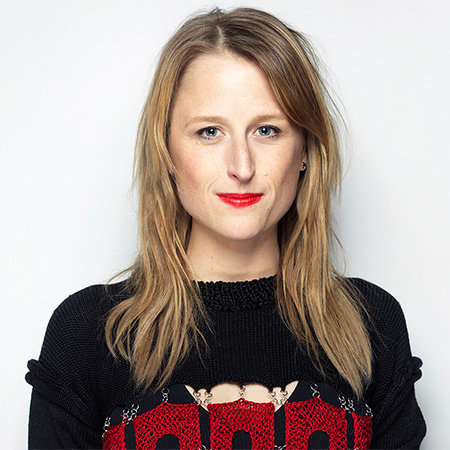 Mamie Gummer, an American actress, is known for her performance in The CW series titled ‘Emily Owens, M.D. and as Nancy Crozier on The Good Wife. She has been active in the Hollywood television and film industry since 1986 till date.

Born as Mary Willa ‘Mamie Gummer’ on August 3, 1983, in New York, United States, Mamie Gummer is one of the jewels in Hollywood. Her mother is an actress named Meryl Streep and her father is sculptor Don Gummer.

She grew up in Salisbury, Connecticut and in Los Angeles, California. She has one older brother named Henry Wolfe Gummer and younger sisters Grace Gummer, an actress and Louisa Gummer, a model.

Having been born into a rich family, her childhood was full of fun. Mamie Gummer attended Miss Porter’s School and is a graduate of Kent School in Kent, Connecticut. She graduated from Northwestern University in 2005 majoring in theater and communications.

Mamie Gummer ’s career in acting started at a very young age of 20 months. She appeared in Heartburn with her mother. She did not appear in any films or television shows until she graduated.

After she got graduated, she made her off-Broadway debut in Noah Haidle’s Mr. Marmalade in 2005 for which she won a Theatre World Award. She also got nominated for her performance in Theresa Rebeck’s The Water’s Edge.

Her motion picture debut was in 2006 in a role of Lasse Hallstrom’s The Hoax. Mamie Gummer began to land in several leading roles in different films and television series. Some of her noted performances are in the films Evening (2007), The Ward(2010), Side Effects (2013) and Ricki and the Flash (2015). Her most recent work was on television in the series The Collection in the role of Helen Sabine.

Mamie Gummer is still active on Broadway where she was nominated for Drama Desk Award for Outstanding Actress in a Play for her performance in Ugly Lies the Bone in 2015 where she appeared in the role of Jess.

Mamie Gummer is busy in acting and she is also involved in charities such as Women’s Refugee Commission and the Nomi Network. Mammie is supposed to get a very handsome salary and has the current net worth of $15 million.

Mamie Gummer was married to Benjamin Walker, an actor by profession in July 2011. The couple met in 2008 while co-starring in Les Liaisons Dangereuses. They dated for a while prior to getting married.

They used to live in Park Slope, Brooklyn. The couple was seen often together and happy in each other company. However, they shocked the media after announcing their divorce in 2013.

The reason for divorce is assumed to be infidelity of both parties. Also, it gossips that Benjamin Walker, her husband, was willing to have children while Mamie Gummer was against it in that time for she had a bright career and accused Ben of trying to lock her up in the house with kids.

After the divorce, neither Mammie nor Ben is seen with anybody. It seems they are currently single but without the clear evidence, this cannot be confidently said. Except this, there is no known affair or boyfriend of Mammie Gummer.

Gummer's ex-husband Benjamin Walker married to English actress, Kaya Scodelario in December 2015 after dating for about a year. The couple first met on the sets of the movie The King's Daughter, and got engaged on 28 December 2014.

In November 2016, the pair also together has a baby boy and after being a mother she said,

I fell in love with my husband all over again, which I didn't expect. I thought, if anything, the relationship would be strained. But I respect him so much more now I see what a wonderful father he is, and he respects me as a mother now he's seen me do this. I think it kind of blew his mind a little bit.