Lauren German is an American actress popular for her role in the romantic film A Walk To Remember (2008). She is widely famous for playing the lead role of Det. Chloe Decker in the hit show Lucifer (2016-2021).

The actress also deserved credit for her work in many other acclaimed projects such as The Texas Chainsaw Ma s sacre, Hostel: Part II, and Hawaii Five-O as well.

What Is The Age Of Lauren German?

Lauren German was born Lauren Christine German on November 29, 1978, in Huntington Beach, California, under the birth sign Sagittarius. As of March 2022, she is 43 years old and she stands at an average height of 5 feet 7-inch or 170 cm tall.

Lauren's father was professionally working as a Vascular Surgeon, whereas, her mother allegedly left the family in the early time while she was a child. Her paternal grandfather, James German who was born in the Netherlands immigrated to the United States with his family while he was still a child. Her maternal parents and grandparents were of English ancestry.

German studied at  Los Alamitos High School for her schooling and for her further education, she joined Orange County High School of the Arts for further college-level education. Lauren was also involved in the University of Southern California for her graduate study where she took anthropology as her major subject.

After her graduation, Lauren joined the entry in a stage performance where she acted brilliantly in Peter Pan and Oliver which are two of her best acts of all time. She also worked in some of the featured films including Down to You in 2000. Among all her professional working A Walk to Remember is the best work that is performed by her.

Lauren started her acting career in 2000. She has been working as an actress who remembers forth her work in the major popular drama named A Walk to Remember where she gave her excellent presence.

The movie was based on Nicholas Spark’s 1999 novel of the same name. She enacted alongside Shane West, Mandy Moore, Peter Coyote, and Daryl Hannah.

Lauren appeared in The Texas Chainsaw Ma s sacre of the year 2003 which is a horror film also counted to be the successful performance that has been undertaken by her. Hostel: Part II of the year 2007 was also her achievable performance, which made her more to get fame. 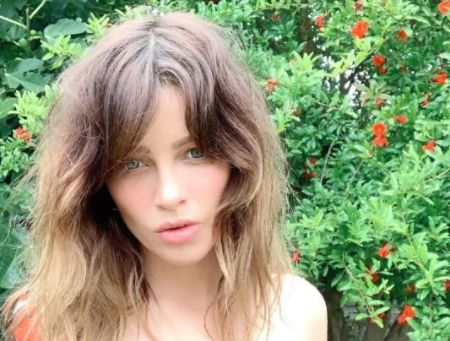 In 2011, the actress played in a post-apocalyptic horror film The Divide alongside Michael Biehn, Milo Ventimiglia, and Rosanna Arquette in the mainstream roles. It was released on DVC in the US on 17 April 2012.

German was starred in a lead role as Leslie Shay in Chicago Fire between 2012-2014 where she appeared in 47 episodes. She also made her appearance in Chicago P.D. in 2014. She played the gay character in Chicago Fire and is suspected to be a lesbian in real life. Such is the impact of the cinema on everyday life! But, she did not feel a big deal about this role. Later in an interview, she told that:

I mean love is love, and I personally would approach it no differently, I’ve played a few lesbians, and I have gay and lesbian friends, and I don’t think it’s really any different.

She added that she was happy to play any characters matched with her interest.  Later in 2016, she started playing the lead role of Det. Chloe Decker in a fantasy police drama Lucifer. The show is based on the character of the DC comic of the same name. She appears in the series alongside D.B Woodside, Tom Welling, and other stars.

The series received mixed reviews from the first season and favorable reviews from the second and third seasons of the series. In May 2018, Fox canceled the show after ending three seasons. After a month, Netflix picked up the show for a fourth season which was released on 8th May 2019.

Lauren German's Salary, Net Worth, And Major Source Of Income

Actress Lauren German has been working as an actor for nearly 2 decades and in this period she has worked in dozens of television series, and films which have paid her well. She has earned a good amount of salary for television series like Lucifer, Chicago Fire, Hawaii Five-0, and Happy Town among others where she was a lead character.

According to celebrity net worth, actress Lauren German has an estimated net worth is around $1 million in 2020. As of March 2022, she is believed to have a fortune of $4 million.

Germen's leading role in the super hit movie A Walk to Rember earned her strong reviews. And the movie also became quite a hit at the box office grossing over $47 million worldwide.

An average salary of an actor in the United States is around $50,235, so she also might be getting her salary in the same range. Also, the actress grabs a decent sum via her sponsorship, photoshoots, endorsements deals, and commercial ads.

In October 2017, the actress took her house on the market for $1.749 million. The 2,445 square feet has 3 bedrooms and 3 bathrooms. It is located in Valley Village, California.

In Feb 2018, Laure eventually sold the mansion for $1.72 (which was $30k less than the original price tag) to Bradley Bredeweg, a co-creator and writer of the drama series 'The Fosters'.

The actress also purchased another mansion in July 2015 for $1.5 million.

Who Is Lauren German's Husband? Is She And Tom Ellis Together?

Laure German is not married yet and hasn't revealed anything about relationship status. As of 2021, the actress is also not dating anyone officially. Probably, German is leading a single life.

According to some online sources reported that she dated two guys in the past. Once, she was in a relationship with a baseball player Barry Zito and later, she dated Ashton Holmes from 2009 to 2010, however, the actress never confirmed the rumors.

Likewise, the actress also shares an undeniable chemistry with her Lucifer's co-star Tom Ellis. Though the couple are reel life lovers, they are not in any relationship in their off-screen life. In the concrete, Ellis who is her lover on the show is married to Meaghan Oppenheimer. 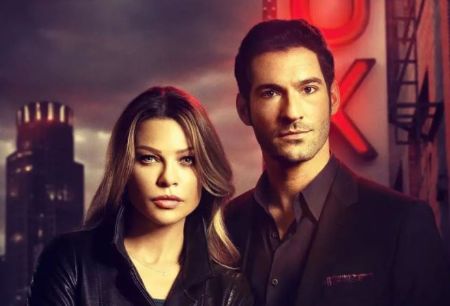 She is mostly focused on her career in the present time and along with this, her interest in spending time with children and often for this she also makes her visit to orphan homes.

The actress is very kind-hearted and loves helping people who are in a problem. Lauren's interest is in driving and she often moves out for a long drive. She is also a good singer but she has never turned her singing pa s sion into a professional point of view.

Lauren holds Dutch descent and she is smart in her attitude according to her close friends. But the affair stories of Lauren are totally hidden though she is mentioned as having a wonderful dating with her boyfriend the name is not disclosed yet.

Despite being in a relationship with a different sex person there is a huge rumor of Lauren German being a member of LGBTQ(Lesbian). The rumor came into the air after she appeared on several roles of being a lesbian.

Onne when she was asked about the lesbian roles she said,

I’ve played a few lesbians and I have gay and lesbian friends and I don’t think it’s really any different. It’s almost like asking a straight character ‘how do you play straight?’ You’re just attracted to what you’re attracted to. It’s really just playing whatever’s going on in the scene.

So it's very confusing to say about her sexuality as she has not disclosed it properly.

Lauren German Is a Dog Lover

Lauren German is an avid animal lover. She has three pet puppies one of them she called Pepper. She often shares beautiful snaps in her Instagram account with their dogs.