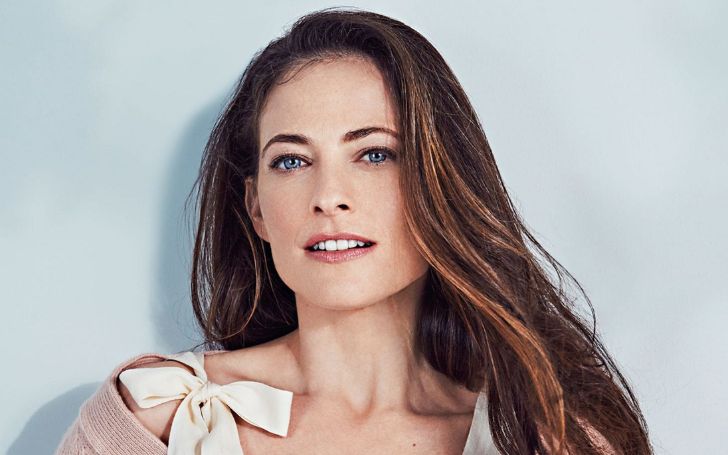 Professional since 2000, English actress Lara Pulver grabbed firm steps in stage career as well as an on-screen venture. Trained at National Youth Music Theatre, Pulver made her TV debut in 2009 through Robin Hood and has since appeared in a number of acclaimed series including True Blood, Da Vinci's Demons, and The City and the City.

In 2020, the Essex-born portrayed  Karen Stratton in the period drama series The Alienist: Angel of Darkness. Some of her notable stage works were in the musicals such as Miss Saigon, Gypsy, Into the Woods, Parade, and 42nd Street.

Lara Pulver was born on September 1, 1980, in Southend-on-Sea, Essex, England, the UK. Her father was Jewish and her mother converted to Judaism; they separated when Pulver was 11 years old.

Her acting interest began to solidify to serious passion after she attended the National Youth Music Theatre for 4 years (1994- 1998). At that time, she also went to The Liz Burville Dance Centre in Bexley. Lara, in 1997, enrolled at Doreen Bird College of Performing Arts and graduated in 2000.

In 2009, she made her TV debut as Isabella in Robin Hood (8 episodes) starring Jonas Armstrong, Gordon Kennedy, Sam Troughton, & others.

The English made her film debut in 2010; was cast in the psychological thriller Legacy as well as in the TV film The Special Relationship. The same year, she worked in True Blood, in 6 episodes until 2012. 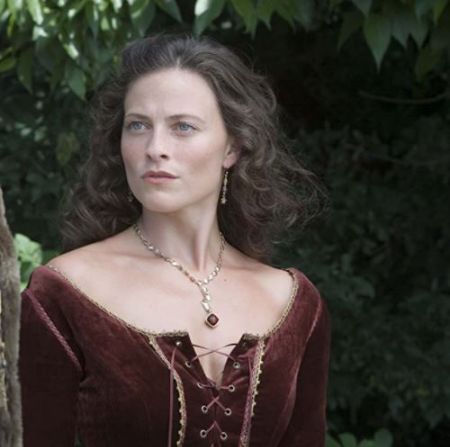 CAPTION: Pulver made TV debut through Robin Hood in 2009 and got further TV prominence through Da Vinci's Demons SOURCE: IMDB

In 2014, the actress appeared as Ann O'Neill in the mini-series Fleming and guest-starred in Sherlock. In addition to that, that year, she voiced Lady Elissa Forrester in the video game Game of Thrones: A Telltale Games Series.

Following brief TV appearances in Quantico (2016, 2 episodes) and Electric Dreams (2017, 1 episode), Pulver landed in the role of Katrynia Borlú in The City and the City (2018). In 2020, she portrayed Karen Stratton in 5 episodes of The Alienist: Angel of Darkness starring Daniel Brühl, Luke Evans, Douglas Smith, and Matthew Shear.

Other stage credits of Lara include:

Professional for 2 decade, Pulver worked in stage productions before going for TV venture & later carried out theater apperances concurrently as well. Along with notable musical works in Parade and Gypsy, Lara was cast in notable TV series such as Robin Hood, True Blood, Da Vinci's Demons and The Alienst, that eanre her tens of thousand dolllars-an-episode.

While the exact figure of her fourtune is not disclosed, Lara Pulver has an estimated $3 million net worth as of early 2021.

Pulver Is A Divorce & Lives With Second Husband- Any Children?

The Da Vinci's Demons actress was firstly married to actor Josh Dallas. They met in 2003, when Dallas was still studying at the Mountview Academy of Theatre Arts before turing famous with works in Once Upon a Time (2011-18). After dating for 4 years, the duo married in 2007, honeymooned in Maldvies.

On December 2, 2011, Josh confirmed their divorce in an interview on Bob Rivers's radio show.

Shortly after, in 2012, Lara Pulver began dating actor Raza Jaffrey. As per IMDB, they exchanged vows on December 27, 2014. 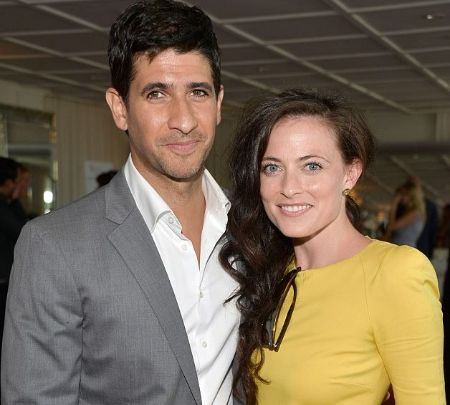 Together with Jaffery, she welcomed a son named Ozias Jaffrey on February 17, 2017. In an Twitter post of September 2, 2020, the actress confirmed her second pregnancy flashing her baby bump, but is yet reveal the due date.