Gregg Chillin, an English actor & writer got TV fame with the portrayal of Zoroaster in the series Da Vinci's Demons (2013- 15). In 2018, he was cast as Domenico in A Discovery of Witches that grabbed him a rise to fan attention.

Chillin, over the course of nearly 2 decades in the acting career, has notably worked on TV screens that include The Queen's Nose, Nearly Famous, Inside Men, Scott & Bailey, and Dark Heart. As of 2021, he records 4 4 acting credits inclusive of voice-over works.

Chillin was born on December 18, 1988, in Cambridgeshire, England. He holds an English nationality and is of mixed ethnicity; his parents were of Armenian and English descent.

At the age of 11, Gregg worked in an advertisement for a drink, portraying a football player. The English actor made his TV debut in 2002; worked in Green-Eyed Monster (TV film) and The Queen's Nose (6 episodes).

In the 2000s, the Cambridgeshire native voiced Ron Weasley in the video game series of Harry Potter:

Mainstream Fame With Da Vinci's Demons and 'A Discovery of Witches'

In 2012, he notably worked in Inside Men (mini-series), Leaving (mini-series), and Kidnap and Ransom, before working in the TV film The Last Witch (2013). 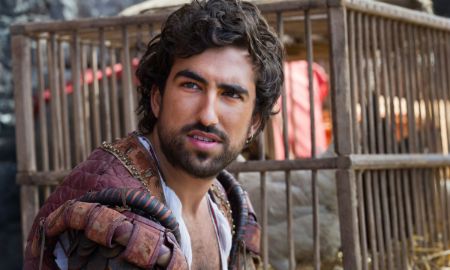 Moreover, in 2018, he was cast in a recurring role, Domenico, in the fantasy TV series A Discovery of Witches featuring Edward Bluemel, Louise Brealey, Malin Buska, Teresa Palmer, and Matthew Goode. Already with a season completed (Season 1, 8 episodes), the series premiered its Season 2 on January 8, 2021, and consists of 10 episodes, totaling 18 episodes so far.

Is Gregg Chillin Dating or Married?

The Da Vinci's Demons star prefers to keep his personal profile low-key and is also not fond of social media (is not active on Instagram or Twitter). Despite being in media coverage for almost 2 decades, Gregg barely made any relationship highlights.

So far, Gregg is not officially married or has records of his past affairs or ex-girlfriend. Without any dating story in the outlets, the English actor alleges him single at the moment.

As of January 2021, Gregg Chillin has an estimated $1.7 million net worth. His major source of income is acting- thanks to his on-screen ventures in Nearly Famous, Da Vinci's Demons, Inside Men, Dark Heart, and A Discovery of Witches. Allegedly, Chillin earned tens of thousand dollars per episode from TV series.

With such fame and acting prominence, for sure, he sums up a salary of hundreds of thousand dollars per year.