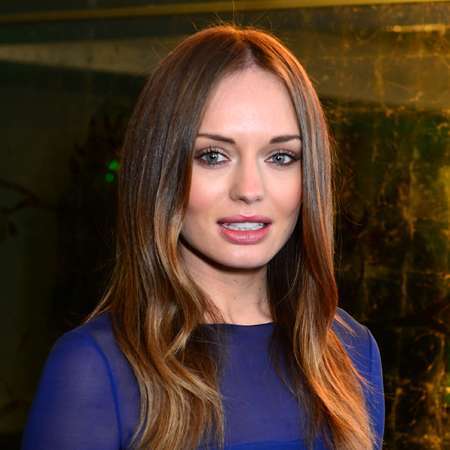 Laura Haddock is a very beautiful actress. She is better known for her portrayal as Meredith Quill in the hit movie,  Guardians of the Galaxy and its sequel. She is popular for other portrayals such as Kacie Carter in Honest and Viviane Wembly in Transformers: The Last Knight.

Laura Jane Haddock was born on 21 August 1985, in Enfiled, London, England, UK. She is a British by nationality and belongs to the White ethnicity. She grew and spend most of her childhood in Harpenden, Hertfordshire.

In Harpenden, she attended St. George's School. At the age of 17, she left for London and studied drama, where she was trained at Arts Educational School in Chiswick, west London.

Laura Jane Haddock kick-started her acting career in 2008. She debuted her television pilot in 'Plus One', in the section of Comedy Showcase. Subsequently, she appeared in the British drama television series 'The Places'.

She also played a minor role in 'My Family'. Her other television credits include, 'Marple: A Pocket Full of Rye, Honest and The Colour of Magic. She made an appearance in the episode of Life Is Wild, in the Version of American 'Wild at Heart'.

She portrayed as Natasha in the ITV1's 'Monday Monday', a comedy drama in which she played the lead role. She appeared in the series of two and three of 'How Not to Live Your Life', in which she replaced the previous lead role.

In 2011, Laura Jane Haddock also appeared in two episodes of Strike Back: Project Dawn, in which she played the kidnapped daughter of an illegal arms dealer.

In the historical fantasy drama of Da Vinci's Demons, she starred as Lucrezia Donati, the lover of Leonardo da Vinci and Lorenza de' Medici's mistress. She also performed in theaters such as, 'Famous Last' at Sky Arts Theater Live! Project in 2009 and also at Northern Stage in the play 'Rutherford & Son.'

In 2010, she also played Billy in 'Old Jimmy's Daughter' at The Great Theater of Holland.

Heading on to her personal life apart from her successful acting career, she is a married woman and is a mother of one child. She is married to Hunger Games star, Sam Claflin.

The wedding took place at a private ceremony in July 2013. Laura and Claflin have been dating since 2011 and now they are blessed with a baby son, which was born in January 2016.

This stunning Brit actress' biography is available on several websites such as the wiki. One can also watch her interview with various TV shows on the internet such as YouTube.