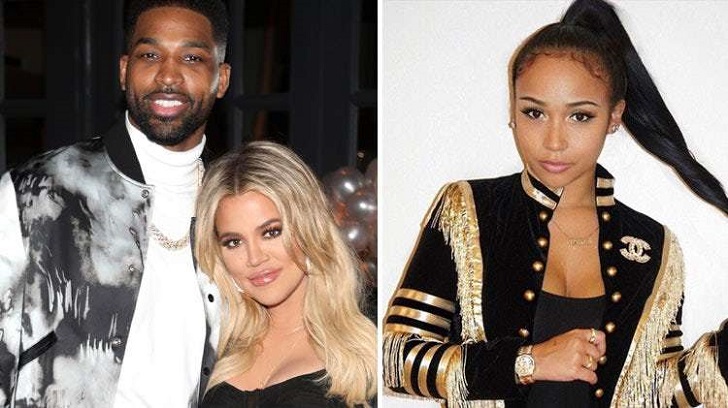 While Khloe Kardashian is due to give birth to her first child her boyfriend Tristan Thompson allegedly spent the night with the model, Lani Blair. Reportedly, Thompson and Blair were spotted kissing at the PH-D rooftop bar in Manhattan and spent a night at a hotel.

Who is Blair, Thompson's alleged girlfriend? We have all the details you need to know about her.

Cleveland Cavaliers star, Tristan Thompson's alleged girlfriend, Lani Blair works at a strip bar. As per various sources, she is a bartender at a strip club in Queens, Starlet’s Gentlemen’s Club. 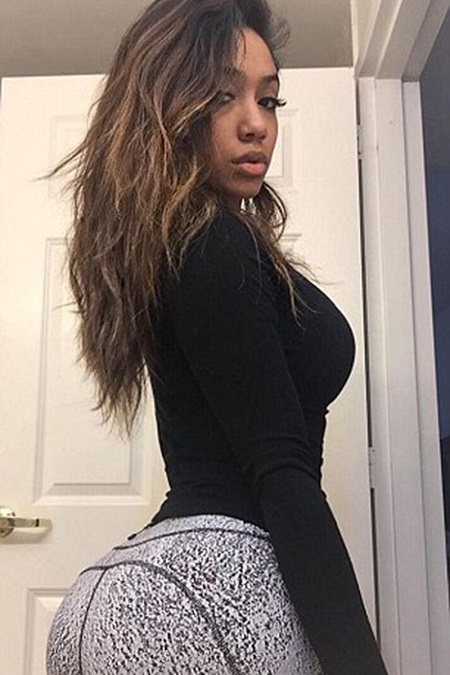 Starlet’s Gentlemen’s Club is one of the luxurious places for fun, and entertainment with televisions, private rooms.

Blair has modeled for several websites and magazine including Hip Hop Illustrated, In Flex We Trust and Nappyafro.

Reportedly, the 28-year-model sign a deal with Model Mayhem and also modeled for photographer Frank Antonio in 2015. Besides, she appeared in few music videos.

Blair is also an Instagram model where she frequently shares posts of herself in revealing outfits. As of April 2018, she has 360k + followers on her Instagram account but recently, she made her account private after her swirling rumor regarding alleged hookup with Thompson.

2. She Is Friend With Blac Chyna

On April 2018, Blair and Thompson, who dating Khloe Kardashian since 2016 and soon going to be a father of her child, were spotted kissing at the PH-D rooftop bar in Manhattan. As per video evidence, Thompson appeared to lean in to kiss Blair.

Outlooks said to a source:

"They were holding each other and it was so obvious...Everybody knew who he was. "We talked about it and everybody watched them make out several times."

Another source also claimed that they together went at Thompson's team hotel The Four Seasons where they were seen kissing. The pair came out in different outfits after spending around four hours at the hotel. 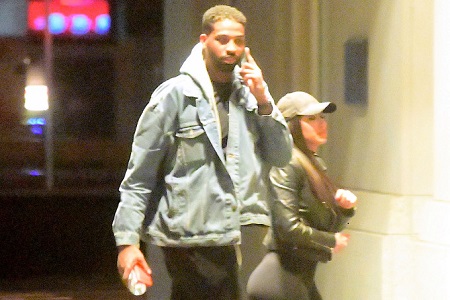 As per the source, they went to club, Soho House and returned to Thompson's hotel at around 5 am. At the time, Thompson was spotted “looking around cautiously…and holding the door for her." Blair later left the hotel around 8 am.

A source said to Page Six:

“She and Tristan apparently spent a lot of time together this past weekend.”

Blair and Thompson have remained silent regarding the allegation.