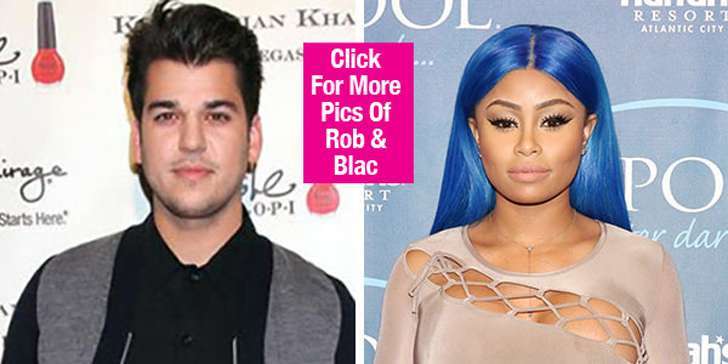 Rob Kardashian is all set to walk down the aisle with his fiancée Blac Chyna. The couple already created much hype about their relationship and the family drama is not seemingly going down. There is still much controversy going on as Rob's sister is dating Chyna's ex Tyga. There is already a sense of cold war among the family members. While Kim Kardashian is worried her brother could pay the ultimate price in his quest to rush down the aisle with fiancée Blac Chyna and his famous family is terrified.

She has been determined to talk some sense into him, but she’s failing miserably in her quest. Her brother even bashed at his sister for interrupting in his affairs and telling him what to do. As a source said, “She told him that if he’s going to get married, at least get a prenup,” “He just mocked her like a child and taunted over and over ‘I’m not gonna get a prenup.’

The way he was saying it incensed her.” According to Radar, Kim’s fears over seeing her sibling make a big mistake could be a result of her own relationship insecurities amidst rumors she and her husband Kanye West, are dealing with marriage issues of their own. As to the limit Kim is worried for her brother who seems to be rushing things with Blac she warned him saying if Kardashian makes good on his plans to wed Chyna, he may pay an even higher price than just losing a chunk of his money. Well looks like the Chyna-Kardashian is quite breaking up the family. Kardashians are worried about the family ties and how things are getting weird between the siblings. With Rob's decision of marrying Chyna, will it lead to the next big family feud?