Is Tristan Thompson Cheating On His Pregnant Girlfriend Khloe Kardashian? 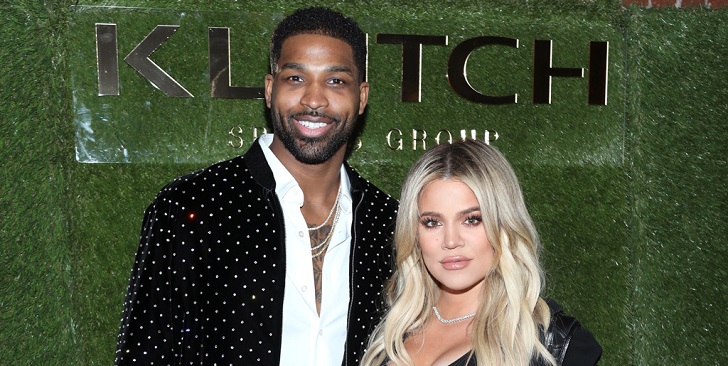 Tristan Thompson was allegedly spotted kissing another woman as the girlfriend of one and half years Khloe Kardashian prepares to give birth to their first child; a baby girl at any time now. 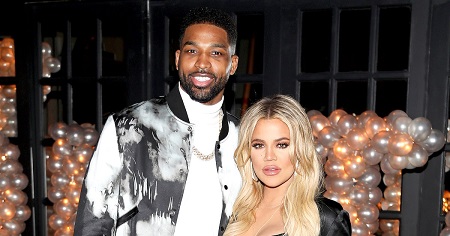 Cleveland Cavaliers' Tristan made headlines after a video of what appears to be him making out with a mystery girl went viral. However, some sources claimed that "he and the woman were talking, nothing more."

"The video going around shows Tristan in a loud club briefly talking to a girl, nothing more, he and the woman were talking, "nothing more."

The alleged incident took place on Saturday when Tristan took a woman who as per the source is an instagram model Lani Blair to his Manhattan hotel. Witnesses said that the duo spent nearly four hours at the hotel and then came out with a diffrent outfit. They were photographed on their way to Maetpacking private members club Soho House.

Then nearly at 5 a.m. on Sunday they returned to the hotel where Thompson was seen “looking around cautiously…and holding the door for her". Next morning the model was spotted leaving the hotel wearing the exact outfit of the night before.

Similarly, a video also went viral where the two of them were making out. The mystery women who filmed the video told The Daily Mail that "the two were obviously making out all night."

Well, Thompson cheating on Khole does not come out as a huge surprise as we all know he cheated on his then-pregnant girlfriend Jordan Craig to be with Khloe. 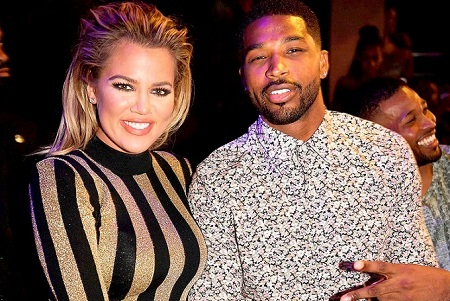 Spokesperson of Khole still has not made any statements but on the other hand, it seems like The Keeping Up With The Kardashians star fully trust her soon-to-be baby daddy. She shared a beautiful picture of her and Thompson kissing on Instagram on Monday with a caption: "We are ready whenever you are little mama,"

Khole and Thompson first spark link up rumors after they were photographed leaving the Los Angeles nightclub Bootsy Bellows in early 2016. They made their relationship official in September when they were seen making out at a party in Maimi.