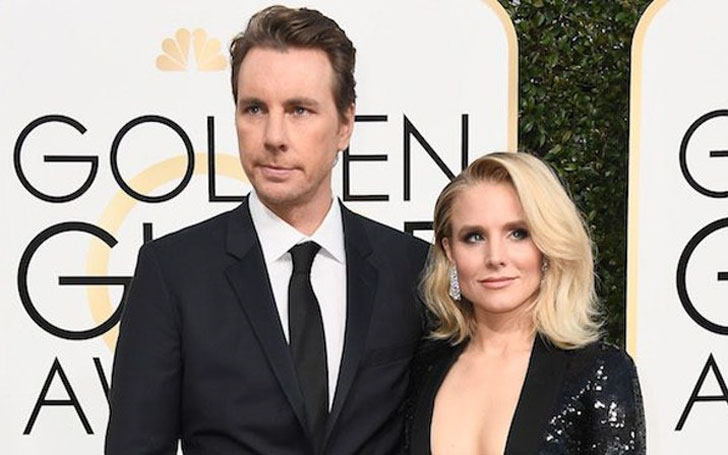 Kristen Anne Bell also known as Kristen Bell is an American actress, Singer, and film producer. She began her career with acting in stage production and attended the Tisch school of arts.

In her recent interview with “CBS Sunday Morning”, Kristen Bell shared some photos of her wedding ceremony to her husband Dax Shepard, after giving fans a preview at the private ceremony this weekend. The couple got married secretly in 2013 and until last weekend they had not revealed any pictures of their wedding. She shared these pictures after 3 years.

They had done this ceremony in the privacy of a Beverly Hills courthouse in front of very few guests. They did their marriage in just an affordable $142 and Kristen feels it was one of the best days of her life. This couple met for the first time at the birthday party of a mutual friend. They were engaged in 2010 but after 3 years they got married secretly.

During her interview, she praised her husband tearfully saying” He’s a wonderful father”.  He knows the value of things and was addicted for many years but he successfully pulled him out of that track. He also knows how many times he’s messed up and how many times he’s been really close to loses everything.

In the recent week, there was a rumor about Kristen bell’s death but later on, she officially confirmed that she is not dead, she is alive and well.

Before Dax Shepard, Kristen was in a relationship with writer-Producer Kevin Mann. She was dating him from 2003 and after 4 years together, they got separated.

Estimated Net worth of Kristen bell is around $20 Million. She have luxurious Hollywood Hills Mansion costs $3.1 Million and have Chevrolet volt costs $33,995).