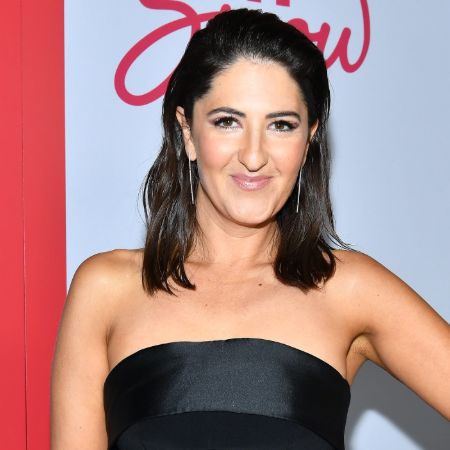 D'Arcy Beth Carden is an American actress. She is known for portraying a variety of roles in movies and TV shows like Broad City, CollegeHumor Originals, Barry, and Greener Grass. The actress gained real limelight after her performance on NBC's hit series The Good Place. The role in a show also earned her two Gold Derby Awards for Best Comedy Supporting Actress.  Similarly, she is also famous among people for her role as Natalie Greer in the HBO dark comedy series Barry starring Bill Hader, Anthony Carrigan, and Sarah Goldberg.

D'Arcy Beth Erokan was born on 4th January 1980, in Danville, California. She belongs to white ethnicity and holds an American nationality.

Carden is one of four kids born to Dennis Erokan (father) and Lori Engelfried (mother). She was raised along with her three siblings, two sisters Miranda Erokan and Laney as well as a brother Will.

Carden graduated from San Ramon Valley High School. She later went on to study at Southern Oregon University and completed her bachelor's in Fine Arts in Theater.

How Much Is Her Net Worth? Salary?

Carden has an estimated net worth of $2 million in 2021. The major part of her income comes from her career as an actress.

Carden is paid $60,000 per episode for her role in the series The Good Place. The actress has extensively worked in dozens of hit movies and TV shows.

Carden also appeared as a guest in the television series Inside Amy Schumer (2013) and Broad City (2014). Her biggest triumph came in 2016 when Carden got a lead role in highly-rated NBC's TV series The Good Place. She still stars in the series along with Kristen Bell, Jason Mantzoukas, William Jackson Harper, and Jameela Jamil. She also won twice Gold Derby TV Awards under the category Comedy Supporting Actress for her work in the show.

Since 2018, D'Arcy has been playing a recurring role in the television series Barry. The actress was also nominated for two Screen Actors Guild Awards for her work in Barry. In 2019, Carden appeared in three TV projects like Greener Grass, Let It Snow, and Bombshell.

D'Arcy Carden married producer Jason Grant Carden on 31 July 2010, in a private wedding ceremony. Her husband Jason is also an actor. The couple first met through a mutual friend on a trip to Disneyland.

They later started dating and are still together.

The couple made their way to Los Angeles, California in 2013. Despite their years-long marriage journey, D'Arcy and his wife Jason have yet to share any child.