Happily Together!!! Korean-American Actor Steven Yeun And Wife Joana Pak-How It All Started? 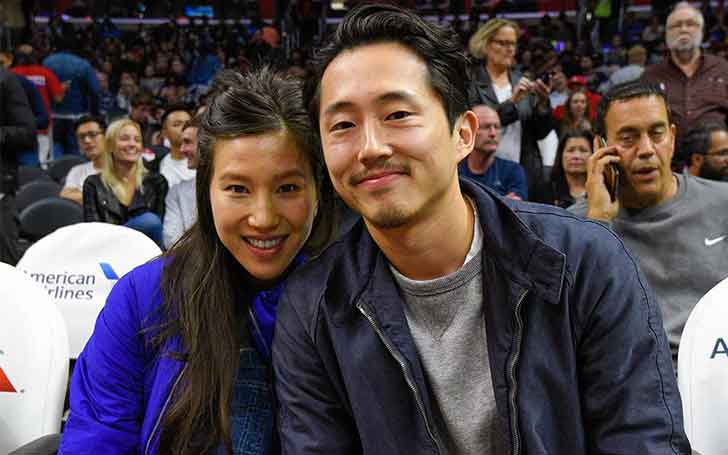 An accomplished Korean-American actor most known for his appearance in the show The Walking Dead star Steven Yeun is married to his longtime girlfriend Joana Pak. How's their married life, especially after the arrival of their baby boy?

Yeun and Pak are together for over a year now, how is their journey so far? Let's unfold their love story.

The Korean-American actor Steven Yeun is enjoying a blissful married life with his beloved wife Joana Pak. The couple walked down the aisle on 3rd December 2016 at the Paramour Estate, California.

On their big day, the pair was blessed with the blessings of family, friends, and some actors including Norman Reedus, Andrew Lincoln, Melissa McBride, Sarah Wayne Callies, Emma Bell and others. Both Yeun and Pak looked amazing at their wedding ceremony in traditional Korean attire. 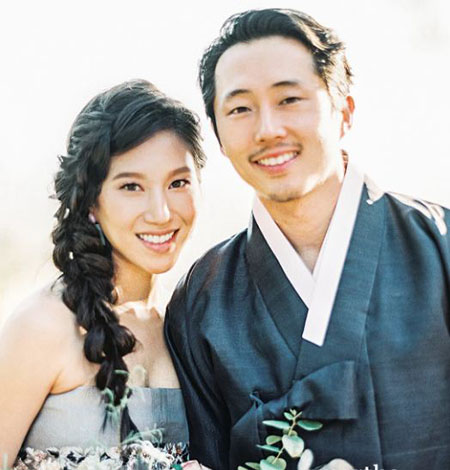 Since the day one, they are one extraordinary pair leading their conjugal life full of fun and adventure. With so much love, they are a soulmate and they proved they are one loyal couple who are committed to one another.

The lovebirds are parents to an adorable son named Jude Malcolm Yeun born on 17 March 2017. After the arrival of their baby boy, their life is filled with immense joy.

Steven Yeun And Joana Pak, How Did It Begin?

Though Yeun and Pak are married for only two years now, they share a long relationship history as the couple dated years prior to their wedding. Yeun first met Pak in early 2009 while he was working as a bartender at a bar and eventually started dating. 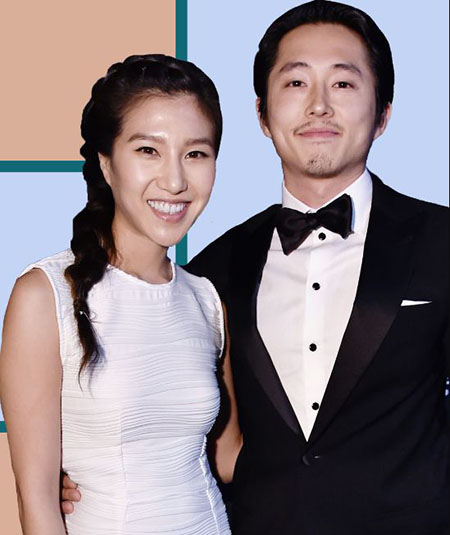 Only after few months of an affair, Yeun moved to Los Angeles in October 2009 to pursue his acting career. Despite the geographical distance, the lovebirds managed to maintain a healthy romantic relationship.

Later, Pak also moved to Los Angeles, to continue her photography career and to be with her boyfriend Yeun. Here's a cute video shared by Pak on her Instagram.

For seven years, they lead a happy love relationship before tying the knot in 2016. They share a truly inspirational love story though they rarely use words to express their love for one another.