Know about the relationship of Whitney Alford and Kendrick Lamar. Is the couple Married 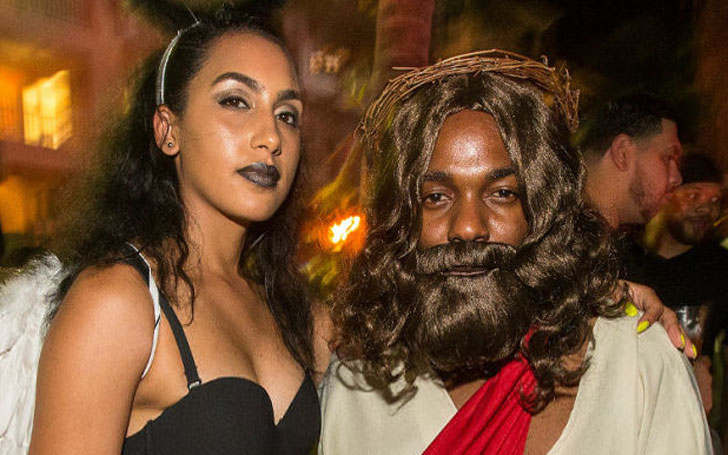 The relationship between Whitney Alford and Kendrick Lamar is a slap in the face for all those who thought rapper are not good with the relationship.

One of the richest rapper Kendrick Lamar has been with his girlfriend, Whitney Alford for more than a decade. They started dating each other in high school and from that day on, they have not been apart from each other.

How far has their relationship gone? Are they engaged? Are they married?

How far has the relationship between Kendrick Lamar and Whitney Alford gone?

Till now it is clear that Lamar and Alford are high school sweetheart but how far has the relationship gone? Well, Lamar has a repo. of staying with people around him from day one and same goes to his girlfriend. The couple has recently been engaged after 10 years of dating. He confirmed the news of their engagement on April 3.

The relationship has gone very long and they only decided to get engaged after ten years of their relationship in the year 2015.

Even though Lamar is very private about his relationship but he made the announcement of his engagement via radio interview.

And in the same interview, he revealed that he does not like to answer the questions about his relationship too. But he handled the situation very well.

After the engagement of this popular rapper in 2015, there were some issues about his fiance's blackness, the racial issue.

But the issue was not a bigger deal as Alford always defines herself as a black woman as her mother is biracial and her father is Black which is not her fault.

With a long relationship, Lamar agreed that he does not like to call Alford his girl as she is more than that to Lamar.

I wouldn’t even call her my girl. That’s my best friend. I don’t even like the term that society has put in the world as far as being a companion — she’s somebody I can tell my fears to.

Something about love by Lamar;

Lamar and Alford have been together through all the ups and downs of their life. They began their relationship when they were in high school and have continued till now.

Recently Lamar released a new album DAMN where he explores casual sexual intimacy and fiercely devoted commitment. Besides that, he has been discography consisting of unapologetic black pride anthems such as Alright and Humble.

And whenever he mentions love in his track it's all about his finance Alford who else would he call only for life and homie for life. A great love of a rapper for his girl a true love. We wish everyone finds someone like him. Along with that we also like to see this high school lovebirds to get married soon.