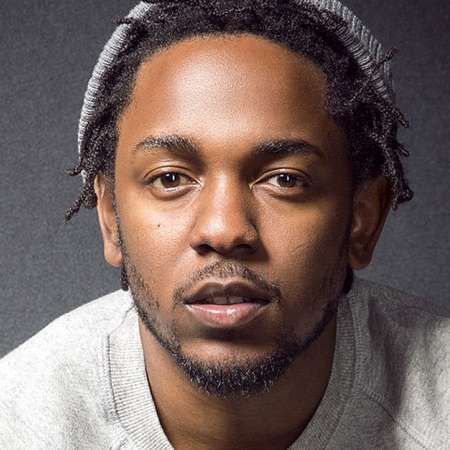 American rapper and hip hop recording artist, Kendrick Lamar Duckworth who has been on his musical career since a teenager. His first retail; release Overly Dedicated has been the reason for his instant rise to fame. He has also been known for his albums like a good kid, m, A, A, d city as well as To Pimp a Butterfly.

His critically acclaimed third album To Pimp a Butterfly (2015) comprised funk, soul, and spoken word, debuted atop the charts in the US and the UK, and won the Grammy Award for Best Rap Album at the 58th ceremony.

He was born in Compton, California, on 17th June 1987, to the couple from Chicago, Illinois. His father Kenny Duckworth was a member of a street gang of a street gang called Gangster Disciples, and Lamar's family had ties to the Bloods.

As a child, he attended the Centennial High School and was reportedly a great student who obtained straight A’s. His interest in the field of music started from a very early age and he started his career under the moniker K-Dot. He released a mixtape which earned him attention and he then signed in with the record label, Top Dawg entertainment.

His first retail release Overly Dedicated gained him international recognition and his debut single HiiPoWeR helped to do so more. After securing a recording contract with the Interscope records and aftermath, he released in label debut album good kid, m, A, A, d city which earned him universal acclaim. It debuted at number two on the U.S. Billboard 200 and was certified platinum.

He recently released his third studio album entitled To Pimp a Butterfly. It includes jazz, spoken word poetry as well as funk. This album debuted at number one on the U.S and in the UK thus earning him more recognition. Its lead single “i” has earned him two Grammy Awards on 2015. The awards he won are for Best Rap Performance and Best Rap Song.

He collaborated with Taylor Swift to sing Bad Blood which reached the number one spot on Billboard Hot 100. He is also the member of supergroup Black Hippy and has also worked with several high-cla s s musicians. People have not hesitated to call him the next Eminem and his musical skills have appealed to fans all across the world.

Kendrick Lamar's Net Worth And Salary

Kendrick Lamar’s net worth is $45 million at present.  His salary cannot be pointed out for sure, it has been known that he had a net worth of a whopping $18 million in the past. His net worth can be attributed to the number of albums he has sold worldwide and the incredible number of fans he has acc u mulated over time.

Kendrick Lamar has also been on the spotlight lately for being engaged. He previously was in a relationship with Lira Galore according to tabloids. The relationship, however, was not confirmed and was just a rumor.

Recently, he has come out to state that he has been engaged. He has been in a relationship with girlfriend Whitney Alford since his high school. They met and fell in love back when he wasn’t even popular.

The couple lives together on South Bay, Califf and he recently confirmed rumors about being engaged to his girlfriend. Their affair has been going on strong and they certainly will be planning on getting married real soon.