Kevin Hart Caught Cheating on Pregnant Wife On Tape! Involves A Cheating Scandal, Is Their Married life Over? Details 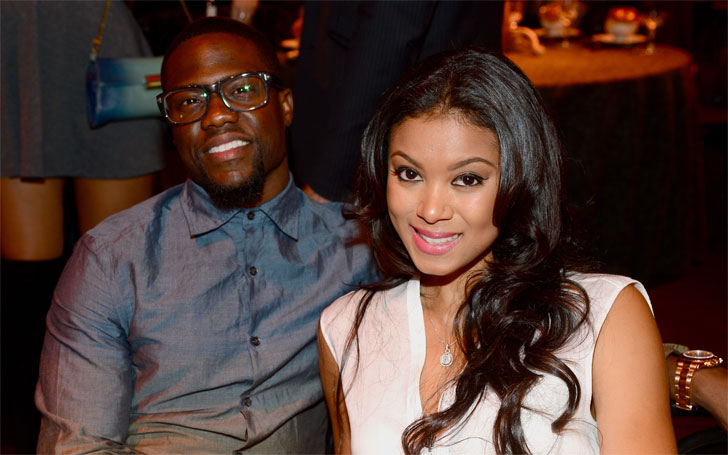 Just a few months ago, comedian Kevin Hart laughed at the allegation of cheating on his pregnant wife, Eniko Parrish, who is currently pregnant and on her third trimester. And guess what? In his recent Instagram confession video, Kevin Hart apologized to his wife and children in what seemed to him agreeing to the cheating his wife.

And, that is not all. There's an extortion scandal involved!

Has the cheating scandal destroyed the married life of Kevin Hart and his wife of a year and longterm partner Eniko Parris?

Thirty-eight years old comedian Kevin Hart took to Instagram to confess that he cheated on his pregnant wife, Eniko Parris who is currently in her third trimester.

In the post he shared on 16 September, Hart confessed he is being blackmailed for a sexually suggestive video with a woman who is alleged to be a traveling stripper, Montia Sabbag.  Reportedly,  the blackmailer is demanding for an eight-figure sum in USD!

Kevin Hart said in the video:

“It’s a s----y moment where you know you’re wrong. There’s no excuses for your behavior,”

"Sending so many apologies to my wife & kids. I gotta do better and I will. I'm not perfect and have never claimed to be ...I love you all. "

Well, it is not the first time, the actor was accused of cheating on his wife. He was photographed with a mysterious woman in  Miami Beach in July earlier this year. At the time, Hart, however, denied it and laughed at the rumor on his Instagram post on 19 July 2017.

Claiming he is faithful to his wife, he wrote:

"At the end of the day, you just gotta laugh at the BS."

And now it seems like Hart was lying all along. While he was calling everybody else crazy and laughing it off, he was actually completely being unfaithful to his fans.

But, the comedian has now caved in and accepted the cheating claims, well, if there's video proof and they are asking $10 million to keep it private, anyone would cave in, right?

Kevin Hart has declared that he will not appease to the blackmailers,  he doesn't want them to profit off of his ''mistakes.''

Kevin Hart and Eniko Parrish' Married Life, Is It Over?

Kevin Hart and his pregnant wife, Eniko Parrish were in a relationship for about seven years before the actor proposed to his longtime girlfriend. Hart purposed Parrish on her 30th birthday on 18 August 2014.

Eniko Parrish and Kelvin Hart on their wedding

The couple became husband and wife officially after two years of engagement on 13 August 2016. The couple exchanged their vows in a wedding ceremony held in Santa Barbara, California.

Hart and Parrish are expecting their first child, a baby boy, together which the actor revealed through his Instagram post in May 2017. Hart has two children, daughter Heaven and son Hendrix from his previous relationship.

Fans assumed that Hart and Parrish were happily married until the cheating scandal. Will the scandal ruin their married life? Well, couple's reps have maintained silence, however, according to TMZ, Eniko Parrish still has her wedding ring on.