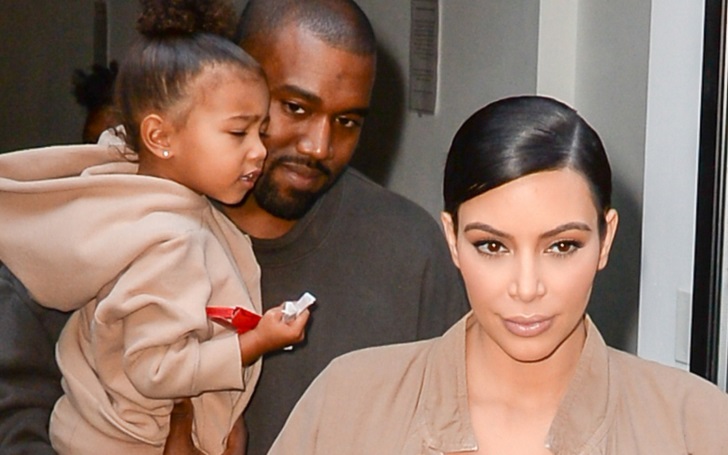 Kanye West Is The Huge Star To Pay Tribute To Nipsey Hussle.

During the service, Kanye played an old clip of Nipsey giving a quick motivational monologue before the choir. Then, the band entered with their rendition of 2 Chainz’s Forgiven. Big Sean also held a moment for Nipsey as the same event.

There will be a memorial service for Nipsey on Thursday at the Staples Center.

Nipsey Hussle, whose real name is Ermias Ashgedom, was killed outside his clothing store in South Los Angeles. He was gunned down on March 31. Suspect Eric Holder has been charged with one count of murder, one count of possession of a firearm by a felon, and two counts of attempted murder.

The event also featured a special guest, Kanye’s five years old daughter North West who sang Steve Wonder’s “As” alongside him and a gospel choir.

North wore a bright orange outfit and is seen grabbing the microphone and sang passionately. On the other side, her father moved to the beat behind her.

Kim Kardashian was not on the stage but filmed the whole scene from nearby. She was quite impressed with her daughter’s natural stage energy.