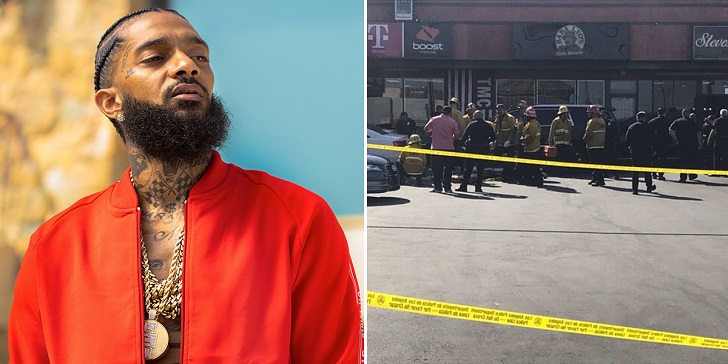 The Grammy-nominated rapper, late Nipsey Hussle's murder occurred in front of a surveillance camera which can now provide a lead to the police authorities to find the shooter in concern.

Sources from TMZ managed to obtain the video from a store adjacent to Nipsey Hussle's The Marathon Clothing.

In the footage, one can see a person in redshirt enter the frame of the camera from the left side, and walk quickly towards the front of the clothing store.

The shootout is hard to make out from the video, but a victim collapses to the ground and several take flight from the crime scene.

But thanks to the surveillance video the police have now confirmed that there were many witnesses to the crime.

However, it is unclear as to whether the victim in the ground is actually Nipsey Hussle.

The individual is clad in the same white shirt as Nipsey was photographed previously the shootout.

Officials have identified that the gunman as a black male in his 20s, and that he escaped in a vehicle driven by a female.

Police have further mentioned that the deceased rapper, Nipsey Hussle had plans to meet with the LAPD chief officials to talk about matters related to gang violence.

The authorities have a reason to believe that the crime was somehow was gang-related.