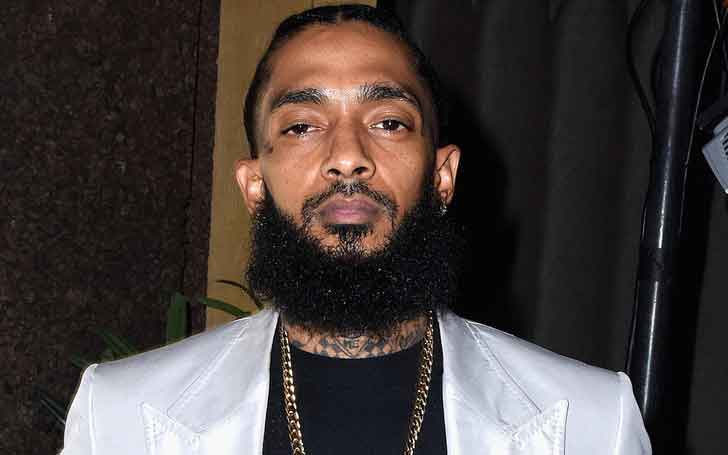 The 33-year-old Hussle & Motivate musician and rapper Hussle was shot fatally on the street in Hyde Park where his clothing store, Marathon Clothing Company is located.

Officials reported two other people were injured in the shooting. A public information officer with the LAPD told People,

RIght around 3:20 this afternoon, there was a shooting that occurred at the 3400 block of West Slauson Avenue.

Three individuals, three victims were shot. They were taken to a local hospital. One of those victims died at the local hospital, the other two are listed in stable condition.

Just some hours before the shooting, the rapper wrote: "Having strong enemies is a blessing" in a tweet. However, it is to be confirmed whether the tweet had any connection to his murder.

After the rapper's death news spread on social media, several stars including Rihanna, Stephen Curry,  paid tribute to Nipsey Hussle. Rihanna wrote: "My spirit is shaken by this," on her post.

This doesn’t make any sense! My spirit is shaken by this! Dear God may His spirit Rest In Peace and May You grant divine comfort to all his loved ones!
I’m so sorry this happened to you @nipseyhussle pic.twitter.com/rKZ2agxm2a

Born and raised in LA, Hussle released several mixtapes and had worked with musician and rapper Jay Z. In February 2018, Hussle released his debut album Victory Lap which happens to be his last album as well. The album was nominated for the Best Rap Album at the Grammy Awards in February.

The late rapper is survived by his children, Emani from his past relationship and a son Kross, 2, with his girlfriend, actress Lauren London.