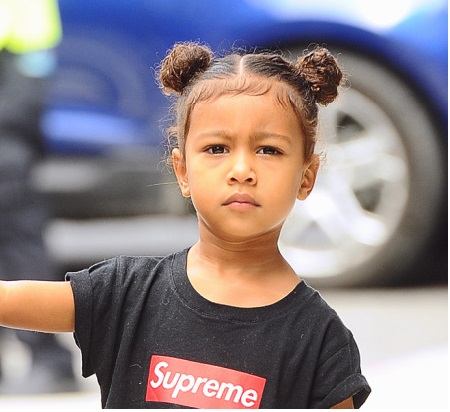 The children of celebrity couples are born with a silver spoon, North West, the daughter of reality star Kim Kardashian and rapper Kanye West is one such celebrity kid who was center of attraction right after her birth. She is regularly featured in the reality show Keeping Up with the Kardashians and was also in the music video for Kanye West's 2015 single Only One.

North West was born on June 15, 2013, in Los Angeles, California, the USA to father Kanye West and mother Kim Kardashian. She was born under the star sign of Gemini. 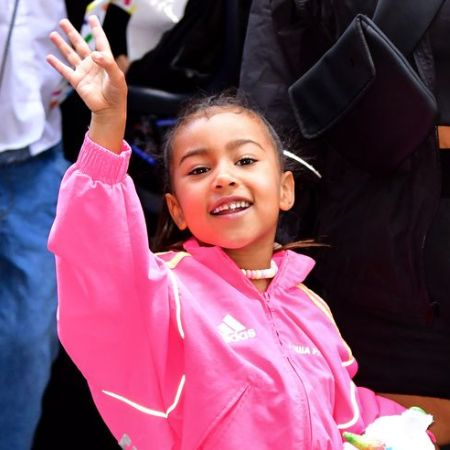 Her dad belongs to African-American race and her mother belongs to White ethnicity. She has 2 other siblings, Saint West, and Chicago West. In mid-January 2019, Kim Kardashian revealed that North would be welcoming another sibling, a bother soon. Her youngest sibling Chicago was born through surrogacy. North has mixed ethnicity and her nationality is American.

How Old Is North West?

West is 5 years old as of January 2019. She is the first child of Kimye and the eldest among 3 children.

West is just a five-year-old celebrity kid and she is yet to start her career, however, she has been featured in her father’s music videos and has also made an appearance on her the famous American reality show Keeping Up with the Kardashians.

The following video is the adorable first interview given by North West when she was just 4 years old.

Her mother is a world-famous reality TV star who gained fame after the release of her adult tape with Ray J who later married Princess Love. She is also famous for her appearances on the reality TV show Keeping Up with the Kardashians. Adding to this, she is also a model, entrepreneur, businessperson, voice actor, television personality and fashion designer.

Her father West is also a globally recognized rapper and one of the biggest names in rap music. He is also involved in the fashion designing and business field. Besides, West is also a record producer, film producer, and screenwriter.

North West has not started her career yet. She is spending a joyful childhood with her siblings and parents, so we can say North West doesn't possess any net worth as of now.

North West is the first child of celebrity power couple Kanye West and Kim Kardashian. Although she is too young to have a net worth her parents are one of the richest celebs in the industry. Kardashian has a net worth of around $350 Million and West has amassed an estimated net worth of $130 million.

According to Forbes, West earns a whopping $30 million annually and Kardashian also earns a jaw-dropping $80 million per year.

The couple started out as friends back in 2003 when Kim was dating rapper Ray J. Kanye later revealed that he knew he loved her when he saw a photo of her alongside Paris Hilton. They started dating but kept their relationship under the wrap for so long. They officially opened up about their relationship in February 2013.