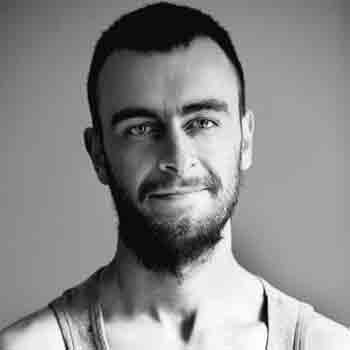 Joe Gilgun is popularly known as Joe Gilgun in the British entertainment industry as an English actor. He is best known for his role as Eli Dingle in ITV’s Emmerdale, as woody in the movie this is England and as Rudy Wade in E4’s Misfits.

Joe Gilgun was born in the year 1984 at Chorley, Lancashire, England from parents Judith and Andrew. He has two little sisters named Jennie Gilgun and Rosie Gilgun.

He has attended Rivington VA Primary School and Southlands High School. He started his drama workshops at the age of eight and was described as having exceptional talent. He has been active in this occupation since 1994.

Joe Gilgun got his first TV acting role as a child actor playing as Jamie Armstrong in the drama series Coronation Street from 1994-1997. He performed for three years and began to study art at Runshaw College. Afterward, he took a break in his teens and began acting part-time in local and national stage productions. He began playing on the stage.

Joe Gilgun made his debut in films from the movie called This is England as the kind-hearted skinhead Woody. The movie had won several awards including BAFTA Awards for Best British Film in 2008. Afterward, he appeared in the movies like Harry Brown as Kenneth “Kenny” Soames in 2009, Top of the Range as Joe in 2010, Screwed in 2011 as Karl, Lockout in 2012 as Hydell, Tennis in 2013 as Jerry, Pride in 2014 as Mike and Enemy of Man in 2014 as Gallow.

Joe Gilgun's Net Worth And Earnings

Joe Gilgun has collected a large amount of net worth from his acting career which as per estimation made by various online sources can be believed to be over $1 million. In the year 2015, he was a cast in the movie The Last Witch Hunter which was a box office hit grossing over $147 million while receiving generally unfavorable reviews from critics though. In the movie, he played the role along with Vin Diesel,
Elijah Wood, Rose Leslie, and Ólafur Darri Ólafsson.

The movie is in its pre-production now. For his excellent performances, Joe Gilgun has been nominated for several categories of the prestigious awards in different times eventually winning Virgin Media TV Awards for Best Newbie and SFX Awards for Breakout Star in the year 2012 for the movie Misfits. Besides working on stage as plasterer, television series and movies, he has also appeared in the music videos.

Joe Gilgun has dyslexia and ADHD which he describes are his “biggest pain in life”. He is open in his interviews about his problems. While acting for the This is England stories, he made a good bond and relation with his co-stars referring to them as “the gang.” As the symbol of closeness to the character of the play, he has made a tattoo of the name ‘Lol’ across his hand.

Joe Gilgun has a very tiny slim and lanky body features. He stands the height of 6 feet and has reached the age of 30. There is no information available regarding his girlfriend, dating, and affairs. Thus, it helps to the rumor and speculation on his sexuality that if he is gay. He has not confirmed anything else yet and has maintained privacy in his personal life.

There are many of his fans who want to know more about him. There are lots of articles and biography written on him. The internet sites hold thousands of his pictures where his shirtless sexy pictures are also available. His fans can follow him on social networking sites like Twitter and Facebook and get updated with his recent activities and know more about him.