Jon Bass, an American actor turned professional with a career in Broadway, and then saw Hollywood break with roles in Loving (2016) and Baywatch (2017). Ever since his TV debut in 2007, Bass records 27 acting credits that include portrayals of the main cast in Big Time in Hollywood, FL (2015) and Miracle Workers (2019- 2020).

Bass was born on September 22, 1989, in Bellaire, Texas, the United States. His birth name is Jonathan Bass. An American by nationality, Jon grew up in a Jewish family. He is one of the 4 children of his parents; has 3 siblings: a sister named Rikki and two brothers (Ben and Oren). 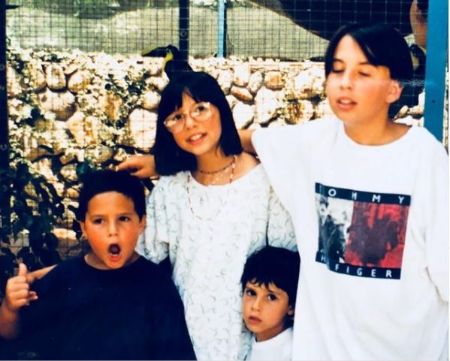 In 2007, he graduated from Bellaire High School and then enrolled at Boston University. From there, the actor obtained his Bachelor of Fine Arts degree in Theatre Arts in 2011.

From Theater To On-Screen- Movies and TV Series

After his college, Bass moved to New York and tried out his hands in musicals. Even though the actor was first rejected for the role of Elder Cunningham in the Broadway production of The Book of Mormon, he replaced Josh Gad in the role, a year later. Moreover, Jon was cast in its theater production in Denver and Los Angeles.

Job Bass made his on-screen debut in 2012 through the short-film Advice and later made guest appearances in TV series: Next Time on Lonny, Girls, and The Newsroom, all in 2014.

In 2015, he got his career breakthrough as Del Plimpton in the mini-series Big Time in Hollywood, FL (10 episodes) alongside Alex Anfanger and Lenny Jacobson. The same year, the American actor worked in the films Ratter (2015) and Jane Wants a Boyfriend (2015). 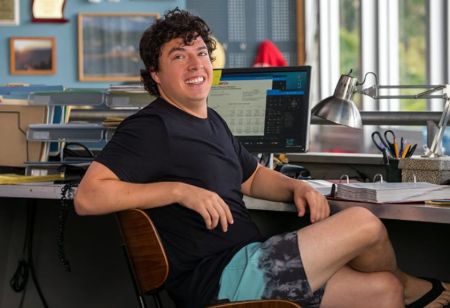 Having portrayed Philip Hirschkop in the 2016 biographical romantic film Loving, Jon was cast as Ronnie Greenbaum in Baywatch (2017) starring Dwayne Johnson, Zac Efron, and Alexandra Daddario. The latter film collected $177.9 million in the box-office over the budget of $65- $69 million.

Following a guest appearance in an episode of American Horror Story: Roanoke (2016), Jon Bass mainly focused on films before return to the TV screen with Miracle Workers (2019- 2020). There, he portrayed the main cast Sam in 17 episodes alongside Daniel Radcliffe, Geraldine Viswanathan, and Karan Soni.

At the moment, Jon Bass is working on the upcoming 2021 comedy-horror film Gatlopp (under post-production) featuring Shelley Hennig, Amy Davidson, and Patricia Belcher.

Turned professional in 2012, the Ameican actor Jon Bass, throughout his career of 8 years records 27 acting credits. In November 2020, Bass has a net worth in the 6-digit figure, estimated to be $300,000. No actual report on his payroll or property portfolio is out.

Is Bass Dating Or Married?

The American charming persona indeed is a heartthrob of many, that has attracted a lot of curiosity in his love life and relationship status. So far, as of late 2020, Jon is not married or has a wife. Despite the fact that he shares a good bond with many Hollywood actresses, barely any of them made relationship highlights.

Currently, he is not dating officially or has records of having any ex-girlfriend. Sources claim him single at the moment.