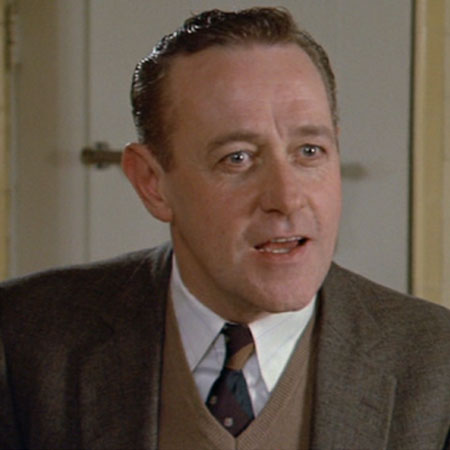 Screen Actors Guild Award-winning actor, John Mahoney was a British-American actor. Mahoney rose to fame after he appeared as Martin Crane in the sitcom, Frasier. In 1977, he started his acting career from stage shows and moved to series and movies in 1980. In 1982, he worked in his first movie, Mission Hill and first series, Chicago Story. Mahoney has been nominated for various awards, such as Golden Globe Awards, Satellite Awards, and Primetime Emmy Awards among others for his role in the TV series, Frasier.

In 2018, at the age of 77, the industry loss an aspiring actor, Mahoney due to throat cancer.Mahoney was never married and had no children.

John Mahoney was born on 20th June 1940 in Blackpool, Lancashire under the birth sign Gemini. Mahoney had both American British citizenship and ethnicity wise he was Caucasian. He was the son of Reg Mahoney (baker) and Margaret Mahoney (housewife). His parents raised him with his seven siblings in the Withington area of the city.

During the Second World War Mahoney’s family were moved to the Blackpool from their home city Manchester when it was heavily bombed. Soon after the war, the family again shifted to Manchester.

Mahoney attended St Joseph’s College, Blackpool later learned acting at the Stretford Children’s Theater. In March 1995, at the age of 18, he moved to America to pursue a career in acting.

Mahoney graduated with the Bachelor of Arts degree from the Quincy University and later shifted to Macomb, Illinois where he started teaching English at Western Illinois University. He also joined US Army after which he lost his English accent.

In 1971 he became the citizen of America. In the 1970s, he served as an editor of a medical journal.

John Mahoney, at the initial phase of his career, performed in the stage production in Chicago. In 1977, actor, John Malkovich encouraged him to join Steppenwolf Theater. After performing several plays in the theater, he won the Clarence Derwent Awards as Most Promising Male Newcomer.

Mahoney made his Hollywood debut in 1982 from the movie, Mission Hill. In 1985, he worked in Andrew Davis’s directed movie, Code of Silence. He then worked in numbers of movies, such as The Manhattan Project, Suspect, Betrayed, Love Hurts, Article 99, The Iron Giant, and Dan in Real Life among others.

Mahoney is most known for his roles in:

In 1998, Mahoney voiced Grebs in the movie, Antz. The following year, he voiced General Shannon Rogard in the movie The Iron Gaint. Some of his other voiced movies are Atlantis: The Lost Empire, Atlantis: Milo's Returns and Kronk's New Groove.

Mahoney made his TV debut in 1981 in NBC’s crime drama TV series, Chicago Story working alongside Dennis Franz, Crag T. Nelson and Maud Adams among others. His other credits include Lady Blue, The Image, H.E.L.P, Becker, ER The Simons and Burn Notices.

Among all his work in TV, he is most known for his role in the series Frasier.

Mahoney worked in the series from 1999-2004 portraying the character of Martin Crane. His work in the sitcom was highly appreciated by the fans and critics. He was also nominated for several awards like Golden Globe Awards, Primetime Emmy Awards, Screen Actors Guild Awards and Satellite Awards among others. He managed to win Screen Actors Guild Awards for his performance in the series.

He worked in the series with Kelsey Grammer, Jane Leeves, David HydPiercece and Peri Gilpin among others. He also worked in the spinoff of Frasier, Cheers before appearing in the sitcom.

John Mahoney had an estimated net worth of $15 million. Mahoney gave some hit movies that made a good collection at the box office.

As per some online sources, he earned the salary of 6 digits number while working in the TV series, Frasier.

In the late 90s, he bought a house in Stockport, Manchester.

His published book, Earth, and sky: A poetic thriller for the stage is worth $2.19 in Paperback.

John Mahoney was a private person as he rarely spoke about his private life in public. But in a 2002 article, he revealed his multiple relationships with several ladies including Milenia Iriog. He also pa s sed a statement to The Guardian:

“I was never very mature in my relationships with women. First sign of conflict, I was gone. Wouldn’t discuss it, because I was afraid it would lead to an argument.”

He also told that his parents didn't have a happy marriage and spoke rarely to each other. He also mentioned that the reason behind not getting married was his parents’ relationship with one another.

Mahoney was the godfather of Jane Leeves’ son, Finn.

In the mid-1980s, Mahoney suffered from colon cancer. He later underwent a surgical procedure, colostomy due to which he felt unable to have sex. He was also diagnosed with throat cancer in 2014.

On 4th February 2018, John Mahoney died in a Chicago hospice of complications from throat cancer at the age of 77. His longtime manager, Paul Martino confirmed his death in the hospital.

His friend, Anna Shapiro pa s sed a statement regarding his death:

‘’ He was fragile and he was supposed to be having a routine procedure. But having just beat Stage 3 throat cancer, I think he was just too weak… By the time he did The Rembrandt he was clean of cancer... But other health issues came up and he was just too fragile.’’

‘’ He was my father. I loved him,” the actor wrote on Twitter, accompanied by a photo of the two embracing. In a statement, Jane Leevs called Mahoney, “the dearest sweetest man I have ever known.’’

Many other celebrities gave heartfelt condolence following his death.