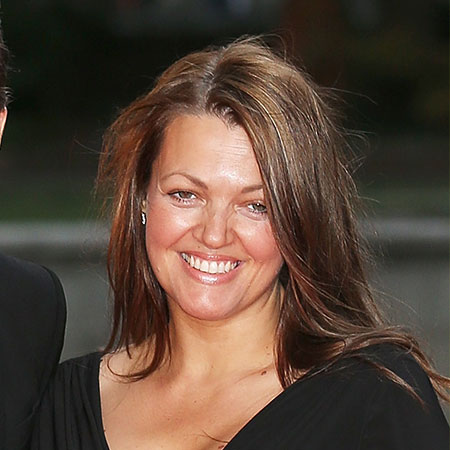 Famously known as the mother of English musician, Louis Tomlinson, Johannah Deakin was a midwife and a TV assistant. She came to the prominence after her son, Louis became a member of popular English boy band, One Direction. She died at the age of 43 in 2016 which shattered the English musician and most of his fans.

Johannah Deakin was born as Johannah Poulston on March 25, 1973, in Doncaster and grew up in Doncaster in South Yorkshire. She attended the local school of Doncaster. Not much information about her early life and educational background has been revealed to the media yet.

After completing her education, Deakin started working as a TV assistant. According to a fanbase page, she also worked as a midwife, however, she was away from the media radar until her son Louis Tomlinson started gaining popularity as a music artist. Her son is best known as the former band member of One Direction that included the musicians and singers like Niall Horan, Zayn Malik, Liam Payne, and Harry Styles.

Johannah Deakin worked as a TV assistant and a midwife, however, her earnings and net worth before she passed away is a mystery. Talking about her son, Louis Tomlinson, he possesses an impressive net worth of $70 million. The main source of his income is his career music career.

Johannah Deakin was married to Doctor Dan Deakin before her demise. The duo got engaged in 2013 and tied the knot in July 2014. In addition, the couple was blessed with twins Ernest Deakin and Doris Deakin on February 10, 2014.

Previously, she was in a relationship with Mark Tomlinson with whom she had four children, Charlotte, Felicity, and twins Phoebe and Daisy. The couple, however, split in 2011. The same year, One Direction released their first single titled, What Makes You Beautiful.

Besides, before she got married to her husband Mark Tomlinson, she was in a relationship with Troy Austin. The pair remained together for around a decade during which they gave birth to the famous musician Louis Tomlinson. The duo split in 1997 when Louis was just 5. After their separation, Johannah raised Louis and he took his stepfather last name officially.

Johannah Deakin died at the age of 43 on December 7, 2016, from leukemia. She took her last breath at the Royal Hallamshire Hospital in Sheffield. Her husband Deakin revealed she asked him to share her farewell message with her son's supporters after her death in an emotional statement after her death.

'"Hi, it's Dan. Johannah asked for me to send this afterward. She wanted to thank you all, and to let you know that you have been amazing right from the start."

'You changed Louis' life, but also her life. Your support now is as strong if not stronger than ever. So from Johannah one last time, thank you for everything.

The post received more than 500k likes within an hour of its posting. The sudden demise of Deakin badly affected her family, especially to her infant children from her second marriage.