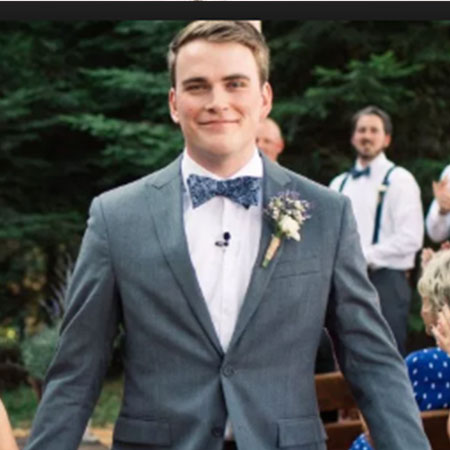 Joel Silvius is the husband of famous American TV Star Molly Roloff who is best known for her role in the reality show Little People, Big World. Joel has also made a few appearances alongside his wife in the show. The couple who met for the first time while they attended the Whitworth University lives a happy married life, however, the couple is yet to welcome any children together.

Joel Silvius was born in the United States of America and he holds an American nationality. But there is no information about his birthdate and his early childhood. Joel enrolled in Whitworth University for his studies. He met his future wife Molly Roloff in the university.

Silvius came to the spotlight after he got married to his wife Molly Roloff. The couple first met during their university days at Whitworth University. They became close friends and eventually ended up dating each other.

Joel started dating Molly in early 2010 and after six years of dating the pair eventually got engaged in December 2016.

The beautiful pair got married in Oregon on 6th August 2017 in the presence of their family and close friends. The marriage was more special to Molly as she exchanged her vows with her longtime boyfriend under the 100-year-old Oak tree where Molly used to play as a child.

They have spent one and a half beautiful years of their married life but they haven't given birth to any children yet.

Who is Molly Roloff?

Molly is the daughter of TV star Mathew Roloff and Amy Roloff. She was born on September 17, 1993, in Oregon, the United States of America. The American star was raised in Oregon alongside siblings Jacob Roloff, Zachary Roloff, and Jeremy Roloff.

She is best known for her role in the TV reality show Little People, Big World which is basically focused on the Roloff family. She has appeared in over 200 episodes in the show. The series brought Molly to the spotlight.

Joel Silvius' Career And Net Worth

As of his wife Molly, her net worth is estimated to be around $300,000 while her father has a net worth around $4.5 million. As of now, Molly is on a break from the showbiz and works as an accountant in Moss Adams located in Spokane.

Despite being in the limelight for the last few years, Silvius has tried to maintain a low profile. He is not active on social media like Instagram and Facebook as well which has kept his life away from the media.

Below, we've presented you a video which shows Joel Silvius and his wife Molly Roloff at their wedding.