The Big Bang Theory Star Jim Parsons' Journey So Far: Starting Career From Minor Roles To Becoming One Of The Popular TV Actors 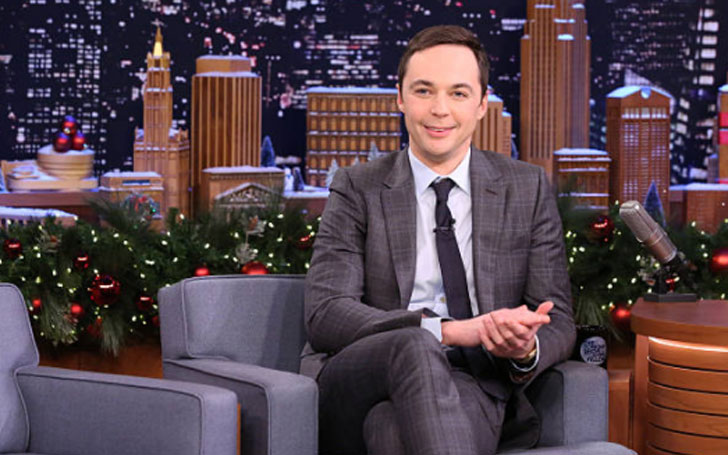 A theoretical physicist, Sheldon Cooper, portrayed by actor Jim Parsons is one of the most popular and fans' favorite characters in the top-rating sitcom,  The Big Band Theory. The actor who started his career from the minor roles in the movies like School for Scoundrels and Garden State got his breakthrough role of Sheldon in 2007.

Parsons has come a long way since becoming one of the highest paid television actors as of 2018. Let's find more about Parsons' career and upcoming ventures here.

Jim Parsons' Career Highlights: What Is Parsons Up To At Present?

The 45-year-old actor Jim Parsons started his career from several television commercials. He made his television debut from the series Ed in 2000. 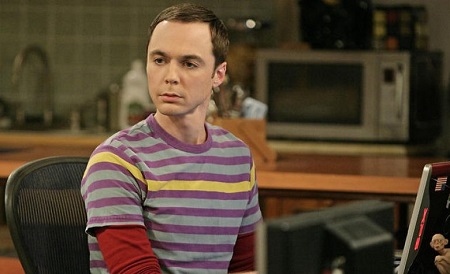 CAPTION: Jim Parsons in The Big Bang Theory: He is portraying the role, Sheldon Cooper in the sitcom since 2007 SOURCE: Star2

Parsons later appeared in television series; Judging Amy in 2004, however, the actor got prominence only after being cast as Sheldon Cooper in CBS hit sitcom, The Big Band Theory. Beside, Parsons also narrated its' spin-off prequel, Young Sheldon portrayed by the child actor, by Iain Armitage.

The sitcom first aired on September 24, 2007, in CBS. Reportedly, Parsons alongside co-stars Johnny Galecki and Kaley Cuoco earned around $60,000 per episode during the first season. 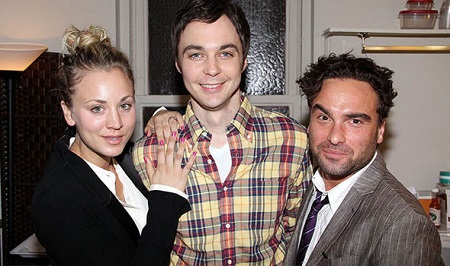 In season eight, nine and ten, Parsons' salary, along with his co-star Galecki and Cuoco, was around $1 million per episode. Their payroll in 2017 became $900,000 per episode as the stars allow 10% pay cut off from their salary to increase the salary of co-stars, Mayim Bialik and Melissa Rauch.

At present, the sitcom is airing its 11th season which was premiered on September 25, 2017. Parsons has received four Primetime Emmy Awards for his performance in the sitcom.

Besides The Big Bang Theory, Parsons is also working in its' spin-off prequel, Young Sheldon which is the story of nine years old Sheldon Cooper portrayed by Iain Armitage. 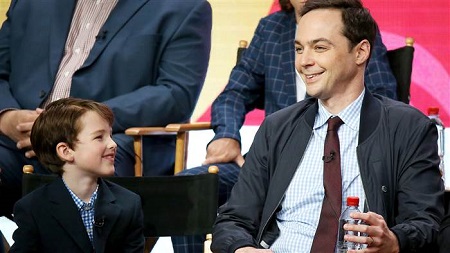 The series premiered on September 25, 2017, on CBS and had over 22.46 million viewers in its first episode. He is also executive producer of the series.

Besides, The Big Bang Theory and Young Sheldon, Parson is busy on the movie, Extremely Wicked, Shockingly Evil and Vile which is in post-production. His next upcoming project is A Kid Like Jake alongside Claire Danes, Octavia Spencer, and Priyanka Chopra. The movie is set to release on June 8, 2018.

Parsons' other popular ventures are The Big Year, the Oscar-nominated biopic Hidden Figures, The Muppets, Visions and much more. He also made his Broadway debut from the play The Normal Heart in 2011.

He has also performed as a voice actor in several proects including SuperMansion, Michael Jackson's Halloween, and The High Fructose Adventures of Annoying Orange. Parsons is best known for his role Oh, in the 2015 Animation film, Home alongside Rihanna, Steve Martin, Jennifer Lopez and Matt Jones.

Throughout his career, Parsons has received several awards and nominations for his work including four Emmy awards and a Golden Globe.

The Big Bang Theory star also received a Star on the Hollywood Walk of Fame at 6533 Hollywood Boulevard in 2015.