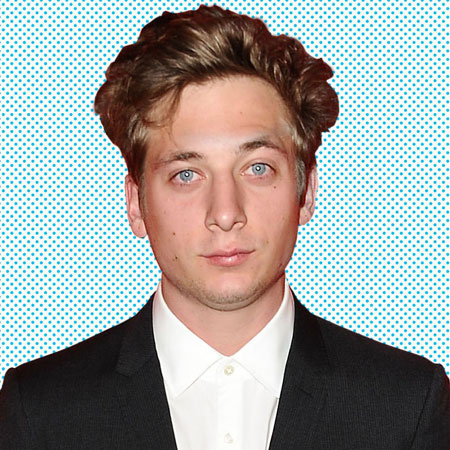 The American film and TV actor, Jeremy Allen White, is well known for portraying the role of Phillip "Lip" Gallagher on the acclaimed Showtime dramedy series, Shameless. Besides, Jeremy has also appeared in several popular movies including Beautiful Ohio, The Speed of Life and Twelve.

He made his big break in the Hollywood with a feature film Beautiful Ohio in 2006. Following, he made a guest appearance in a Tv series Conviction. From 2007-08, he enacted in a TV series Law & Order. In 2018, he featured in an episode of TV series Homecoming.

The actor Jeremy Allen White was born on February 18, 1991, in Brooklyn, New York, United States of America. White belongs to American nationality and as far as his ethnicity is of mixed ethnical background. His father and mother both are professional actors.

White’s parents both moved to New York City to pursue careers in acting. They performed on stage together for several years.

He was a dancer, specialized in ballet, jazz, and tap in his elementary school years. At the age of 13, to showcase his dancing skills and abilities on a standard platform, he later persuaded a career in acting when he entered a new middle school dance program.

Jeremy Allen White began his acting career by appearing in the 2006 American series, Conviction, along with Stephanie March, Eric Balfour, and Anson Mount. He is playing the character of Phillip "Lip" Gallagher in TV series Shameless since 2011.

In addition to TV series, Jeremy also appeared in a number of movies including Beautiful Ohio, Afterschool, The Time Being, and Bad Turn Worse as well.  He has signed two projects as of 2018.

Jeremy Allen White has portrayed several major characters in a number of successful movies. He has earned a good amount of net worth, but his exact figure of net worth isn’t public. He is 5 feet 7 inch tall in height. As per some online sources, the TV earns an average salary of $15,000 to $25,000 per episode in the Hollywood.

Jeremy Allen White is dating Addison Timlin since 2017. The duo met on the sets of the 2008 movie Afterschool. After that, they remain friends for several years. White began dating her after separating from his former girlfriend Emma Greenwell. White and Timlinshares their pictures on their Instagram.

White and his girlfriend Timlin is expecting their first child. Timlin announced her pregnancy on her 27th birthday via her Instagram on 29 June 2018.

She shared a picture of herself and White with captioning: We made a baby and my heart is bursting at the seams. Today is my birthday but my wish already came true. This is 27 and the best is yet to come. She is excited to welcome her first baby, she usually flaunts her baby bump on her Instagram.

The Shameless star Jeremy Allen White previously in a relationship with American actress, Emma Greenwell for nearly four years. The couple also featured in the series, Shameless. They also appeared together in the second sequel of television series Law & Order.

The couple first knew each other on the set of Shameless, after Greenwell replaced Jane Levy as Mandy Milkovich.

White and Greenwell began dating in October 2011 and they are having a very romantic relationship. They called off their relationship back in 2014 but they kept their break-up under the radar for sometimes. He loves tattoos. He has a tattoo on his arm and a tiny triangle tattoo in his chest.

Here are the five amazing facts of Jeremy Allen White, you should not miss.