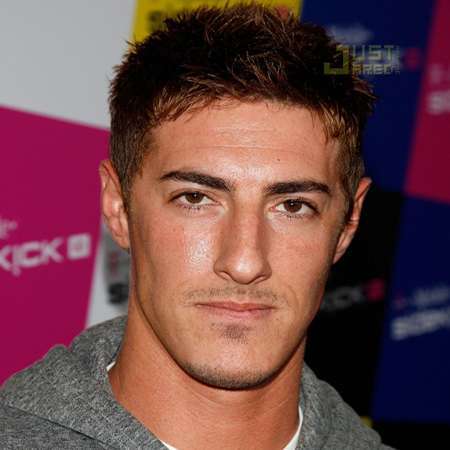 Eric Salter Balfour is an actor and singer of American nationality known best for being the lead singer of the group Born as Ghosts. He is also known for his appearance of Milo Pressman in the TV series 24. He was born on the 24th of April, 1977 to mother Sharon and father David Balfour. His expertise in singing and acting and his success in both the fields have made his fans and critics constantly search details about his bio and career.

Balfour was born in Los Angeles, California and has been active in the entertainment profession since 1991. Born to a Jewish family, he first appeared in a major role in the TV show for kids, named Kids Incorporated. He also had several small roles in several hit television series on the 1990s like Boy Meets World, Arresting Behavior, Medicine Woman, Dr. Quinn Step by Step etc. He also appeared as a victim in the series Buffy the Vampire slayer and was then cast as a regular in the TV show Veritas: The Quest. He was also cast in short-lived series like Hawaii, Sex, Love and Secrets and the drama Lie with Me. He also appeared as Brian Peluso in the one season lasting crime drama called Conviction and also appeared in Dawson’s Creek. Other appearances include acting in the remake of The Texas Chainsaw Ma s sacre, The O.C, Six Feet Under etc.

Eric started appearing as a computer technician named Milo Pressman in the television series 24 and reprised his role in the sixth season of the show. He then starred in Life on Mars as Eddie Carling and is an also the face of Valentino V. a male perfume of Valentino. He has appeared since on Monk, The Beautiful Life the film Skyline and the Syfy drama Haven.

The dating history of Eric is as popular as his career is. It has been known that Balfour dated Moon Bloodgood on 2004. The couple was in an affair for three years after which owing to problems, they split up. Eric then started dating Leonor Varela. Leonor and Eric started dating on 2007. The relationship too lasted only for about three years and the couple split up soon after. He started dating fashion designer Erin Chaimulon on 2010. The love between them blossomed and the couple decided to change their relationship into a marriage. The couple tied the knot and got married on May 30, 2015 and the wedding took place in Pacific Palisades, California. They have been together since and seem to be getting along pretty well. He and his spouse have had no children yet.

Eric Balfour has managed to acc u mulate a net worth of 500 thousand dollars due to his acting and singing credits. He has thus, a huge salary which has not actually been disclosed. His height is 6 feet and 2 inches and he has an appealing body and demeanor.

Skyline Haven Lie with Me