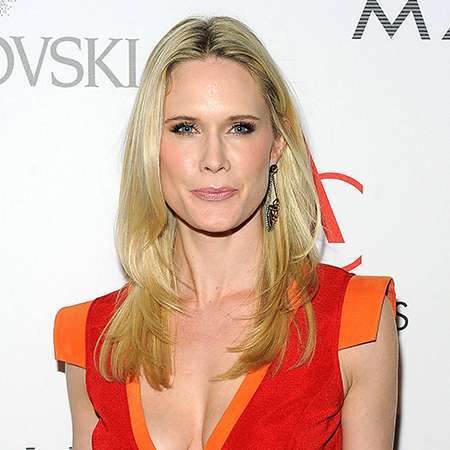 Stephanie Caroline March is a beautiful actress best known for her role as Alexandra Cabot in the series Law and Order: Special Victims Unit. She is married to celebrity chef Bobby Flay and they have no children together.

Stephanie is also a children and women rights activist and her portrayal of female roles on screen is highly adored by the audience. Stephanie has also given up her birthday to the “World of Children: on July 23rd, 2010.

Stephanie Caroline was born on July 23rd, 1974 in Dallas, Texas, under the birth sign Leo. She is the daughter of John Abe March IV and Laura Len. Charlotte, her sister, and Stephanie’s ethnicity is a mixture of German, Dutch, Irish and English.

Stephanie started performing in plays since she was in high school in Highland Park High School. She graduated with the degree in Theater and Hispanic studies from the Northwestern University and was also a member of the Kappa Alpha Theta sorority.

Standing at a height of 5 feet 10 inches and the body measurements of 35-24-35 this hot beauty has managed to make an impact on the general audience with her charm and expertise in her field.

Stephanie Caroline's stage career started at the Northwestern University after her portrayal of Helena in A Midsummer Night’s Dream in Chicago. She continued to pursue her stage career in Chicago before making her Broadway debut in the Death of a Salesman opposite Brian Dennehy. She then moved on to play roles in TV series Early Edition, TV movie Since You’ve Been Gone, the comedy Head of state, Mr. and Mrs. Smith and as a psychic on Rescue Me.

Stephanie has also posed for Maxim Magazine on 2000 and performed on the Broadway show Talk Radio alongside Live Schreiber. She has also played a role in Boy’s Life and has been portrayed as Cissy Hathaway in the TV movie Jesse Stone: Night Passage alongside Tom Selleck. March has also starred in the 2009 film The Invention of Lying in a minor role.

Stephanie March’s breakthrough role came about in 2000 when she was awarded the role of Alexandra Cabot on the NBC crime drama Law and Order: Special Victims Unit. Her role was portrayed as Assistant District Attorney from 2000 to 2003.

Apart from her on-screen roles, March is also a humanitarian and became the ambassador to World of Children Awards on January 2010 and also serves as the board member for Safe Horizon. Safe Horizon provides justice and support and prevents violence against victims of crime and abuse. She is also a vocal advocate for women’s rights and also supports Planned Parenthood.

Stephanie has established herself as a big name in the television world as well as a charitable personality. Her net worth is 10 million dollars and she has a huge fan following.

Her wiki page, biography and sexy pictures are widely searched over the internet and she continues to be a role model for many aspiring to be a versatile personality.

As far as her personal life is concerned, it is a huge attraction for the tabloids because she is the wife of celebrity chef Bobby Flay. This couple met up on a blind date set up by Mariska Hargitay and liked each other immediately.

Bobby proposed to her while skating at the Rockefeller Center and they got married in the Peter’s Episcopal Church in New York City on February 20, 2005. Bobby Flay is called the Tiger Woods of Restaurant Business as he has, on many occasions been found to be cheating upon his wife. Infidelity was the reason he separated from his previous two wives as well.

One such extravagant affair was his link up with January Jones followed by her being pregnant and not revealing the identity of the father. Stephanie, however, states that she is very happy with her life with Booby but rumors about his infidelity raise questions about her claims.

They are however seen at times enjoying each other’s company. One such incident is the couple’s outing to the Miami Beach where the sexy Stephanie was clad in a leopard print bikini. Bobby also left his bachelor’s pad to move into a beautiful house in the Hampton’s with Stephanie, stating that his love for her was more important.

Stephanie has also appeared in four of her husband’s Food Network shows like Boy Meets Grill, Grill It! With Bobby Flay, Iron Chef America and the recent one being Throwdown with Bobby Flay as a guest judge.

March had described her experience with breast augmentation surgery in 2014 and the removal of her implants due to infection, through an essay. She  has a height of 5 ft 10 inches and her weight is unknown 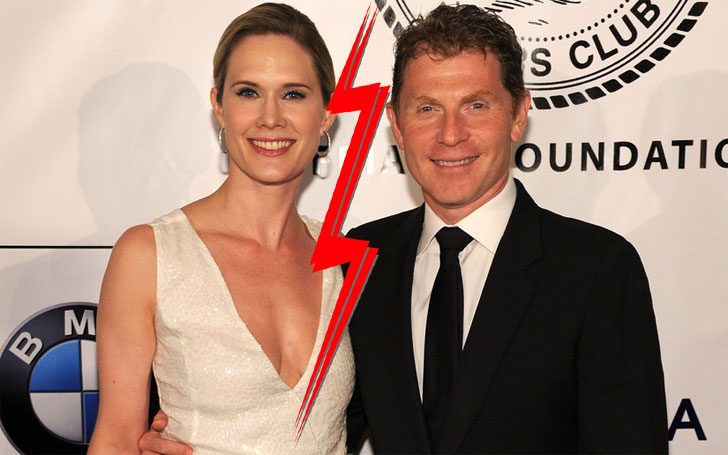 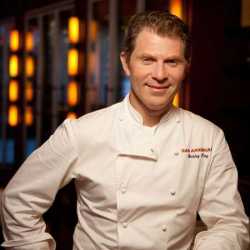