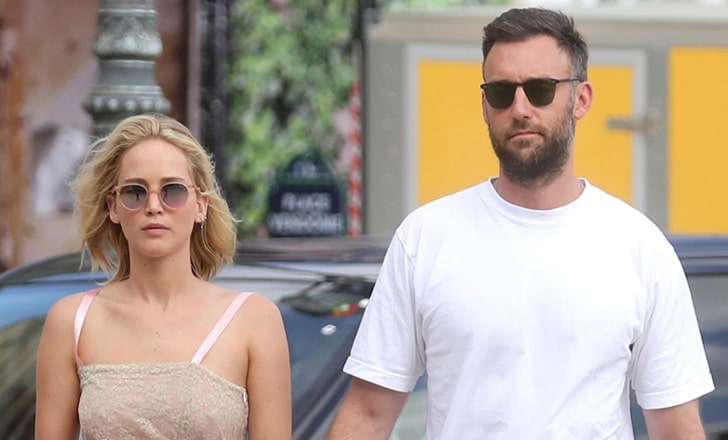 After the wedding, the newlyweds hosted their wedding reception for approximately 150 guests in their 1894-built mansion. Actors Nicole Richie, Joel Madden, Sienna Miller, and Cameron Diaz enjoyed the rehearsal dinner on Friday. 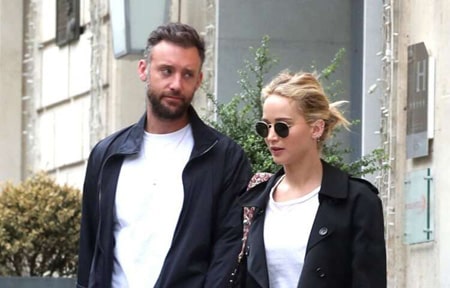 The marriage comes around eight months after they became engaged. A representative for the actress confirmed her engagement after Lawrence was spotted wearing a "massive ring" while she went out for dinner with Maroney.

June 2018: Spotted Together For The First Time

Jennifer Lawrence and Cooke Maroney first met in early 2018 through the former's close friends. Shortly later, the pair started dating, however, they kept their relationship pretty wrapped up. But, in June 2018, they started appearing together in public.

They were spotted strolling around in NYC in early June 2018. Some sources revealed the couple was also captured displaying PDA at the time. In late June, the couple enjoyed a romantic candlelit dinner in NYC, where they were again snapped sharing a kiss.

August 2018: Lawrence And Maroney Flew To Paris Ahead Of Lawrence's 28th Birthday

Lawrence and Maroney got a chance to celebrate their togetherness a bit more. It was Lawrence's 28th birthday, and the then newly minted couple decided to fly to Paris for the celebration.

They headed to Paris just days before the actress' birthday and then went to Rome before returning to the US. They were spotted locking their lips outside of the John F. Kennedy International Airport, NY.

September 2018: Appeared Together At The Premiere of "The Favourite"

The 34-year-old gallery director, Maroney, joined his then-girlfriend at the premiere of The Favourite at the New York Film Festival on September 2018. Maroney also met Lawrence's ex-boyfriend Nicholas Hoult, who was also starred in the movie. Her other ex, Darren Aronofsky, was also present at the premiere.

January 2019: Lawrence And Maroney Moved In Together

Just after six months into the relationship, Lawrence and Maroney decided to move in together. At that time, a source close to the couple said: "things between them are very serious." Shortly after their big move, they were rumoured to be engaged, however, they didn't open their mouth on the topic.

A year after she started her relationship with Maroney, Lawrence finally opened up about her planning for the wedding. She spills the beans on her wedding plans during an appearance on the NAKED with Catt Sadler podcast. There she said,

I definitely wasn't at a place where I was like, 'I'm ready to get married.' I just met Cooke and I wanted to marry him.

She further said her then-fiance was also positive for their marriage. Earlier that month, the Dark Phoenix star gushed about her beau. She said,

Well, he's just the best person I've ever met in my whole life.

She also said it was a very easy decision for her to choose to marry Maroney.

Jennifer Lawrence revealed her wedding registry on Amazon in mid-September. Yahoo reported every item was handpicked by Lawrence herself.

October 2019: The Couple's Married In A Private Wedding

After around one and a half year-long relationship, Lawrence and Maroney were finally ready to walk down the aisle. The bride and groom arrived at the summer cottage in a private jet. They exchanged their vows in front of around 150 guests and family members.