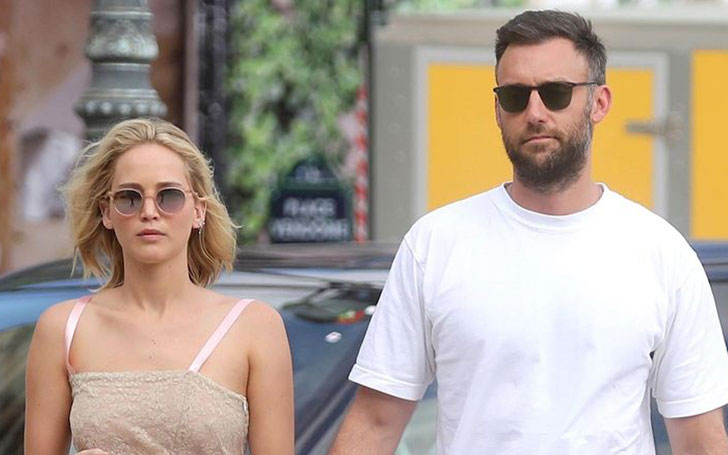 Oscar-Winning Actress Jennifer Lawrence And Her Loving Boyfriend Cooke Maroney Are Recently Engaged To Be Married.

Jennifer Lawrence is officially engaged to her boyfriend of eight months Cooke Maroney, the veteran actress' representative confirmed to the verified source Page Six on 5 February 2019. 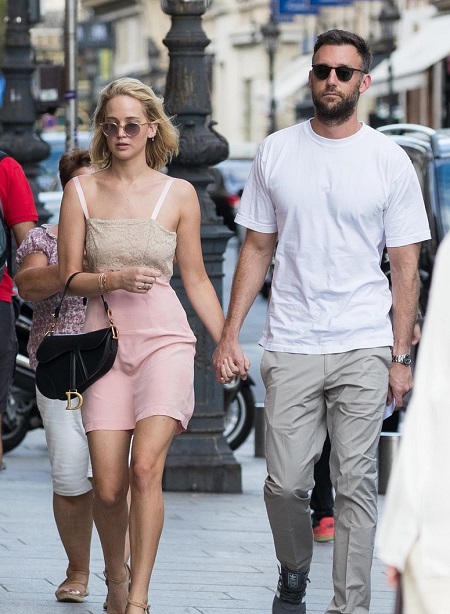 The Oscar-winning actress was 'rocking a massive ring' on her finger. A source told:

It was a giant rock. They seemed like they were celebrating and people were talking about it. The ring was very noticeable. They were sitting back in a corner. She was wearing a cute black dress with white polka dots.

The couple on a weekend was spotted on a date in Manhattan, New York City. Recently, a few days ago the power couple was captured on another date at the Elio's on the Upper East Side.

Jennifer Lawrence later confirmed to Page Six that the two of them will be soon exchanging the vows which she shared with her closest ones.

Well regarding their relationship budding, they were photographed together enjoying a romantic candlelight dinner in New York City, New York.

The couple also went on a trip to Paris and eventually to Rome last year in August 2018. While the couple was in the French Capital the source close to the duo disclosed that "the couple seemed happy, occasionally holding hands."

In September, Lawrence took Maroney to the New York Film Festival premiere of The Favourites. The insider noted at the time, "They definitely appear to be in it for the long haul".

Talking about the previous relationships about Jennifer Lawrance, she has dated Chris Martin, Nicholas Hoult, and other A-listers.

Let's wish best for the couple and eagerly waiting for their marriage!!!