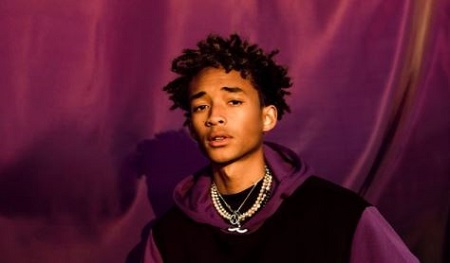 Jaden Smith is an American actor who made his debut with father Will Smith in the film The Pursuit of Happyness. He received international fame for starring in the remakes movies The Day of the Earth Stood Still and The Karate Kid.

Likewise, he is a rapper, singer, and songwriter. Besides that, he is popular as the son of star couple Will Smith and Jada Pinkett Smith.

Actor Smith was born Jaden Christopher Syre Smith on July 8, 1998, in Malibu, California. At the time of this writing, his age is 22 years and his height is 5 feet 7 inch or 170 cm tall.

Jaden is the son of Will Smith and Jada Pinkett Smith. He has altogether 2 siblings, an older half-brother, Trey Smith, and a younger sister, Willow Smith. All of his family are in show business field. 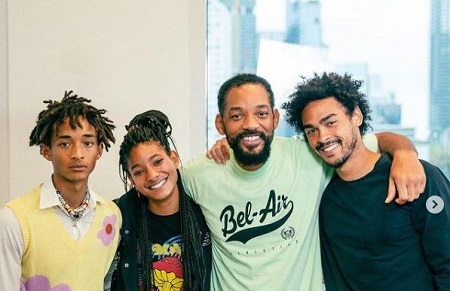 CAPTION: Jaden with his father and siblings SOURCE: Instagram @willsmith

The star kid attended New Village Leadership Academy and later, was homeschooled by his parents.

Jaden Smith Net Worth In 2021: His Successful Movies & TV Shows

As of July 2021, Jaden Smith has an estimated net worth of $8 million. He earns an impressive dollars as actor, singer, rapper, and songwriter. He earns a salary of $3 million for his performance in The Karate Kid.

Besides that, the muli-talented personality other source of income is his social medias. As per Socia Blade, his YouTube makes  $0.26 to $4 per month and $3 to $49 per year. On the other hand, according to Influencer Marketing Hub, his Instagram earns $33,091 to $55,151 per sponsor post with an engagement rate of 2.18%. 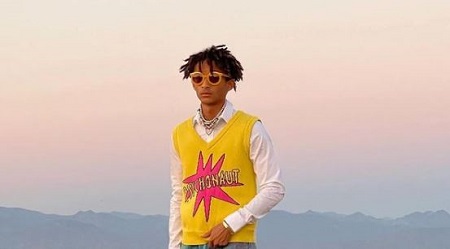 Jaden started his journey in an acting field playing Christopher Jr. in the film The Pursuit of Happyness. After that, he appeared as a cast of The Day the Earth Stood Stil. Eventuall, he got worldwide fame as Dre Parker in the film The Karate Kid (budget $40 million, box office $359.1 million) alongside Jackie Chan and Taraji P. Henson.

The star kid starred along with his dad playing the role of Kitai Raige in the 2013 film After Earth. The movie made under the budget of $130 million collected $243.8 million at box office. His other acting credits include movies and TV shows like State Kitchen, Imoractical Jokers: The Movie, Life in a Year, All of Us, The Suite Life of Zack & Cody, The Get Down, Neo Yokio, and Nashville.

Back in 2018, the musical sensation was headlining the tour, Vision Tour: A North American Journey. The following year, he was co-headlining other two tours, Willow & Erys Tour (with Will Smith) and Igor Tour (with Tyler, the Creator).

Smith has never officially commented about his sexual orientation.  During a concert at Flog Gnaw Carnival music festival in Los Angeles, he revealed his relationship with Tyler, the Creator and said :

Previously, Jaden has numerous girlfriends. As per reports, he has dated Madison Pettis, Stella Hudgens, Sofie Richie, and Kylie Jenner. His named was also linked with Amanda Stenberg, Sarah Snyder, and Odessa Adlon. 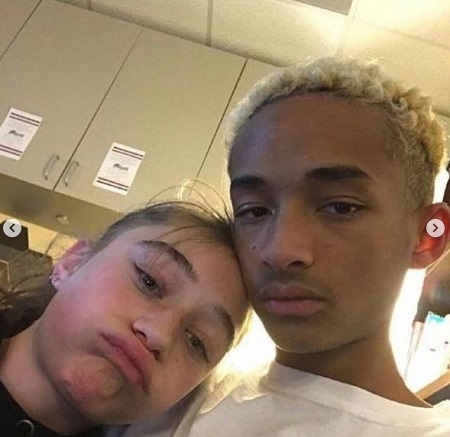 Talking about his personal life, the versatile star is very close with his family. He along with his siblings works as youth amba s sadors for Project Zambi. The organization helps getting a s sistance in conjuction with Hasbro for Zambian children orphaned by AIDS.