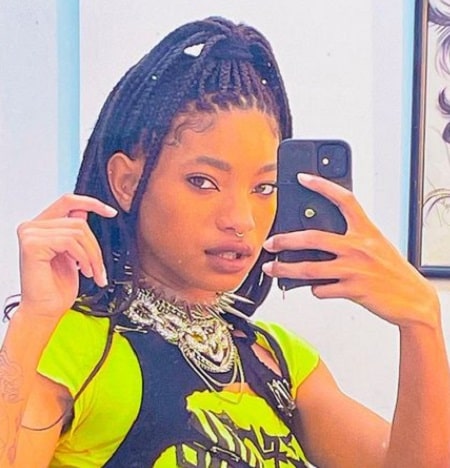 Willow Smith is an American singer and rapper famous for releasing the single Whip My Hair, which peaked at 11 on the Billboard Hot 100.

Apart from his professional life, she is known as the youngest child of star couple Will Smith, and Jada Pinkett Smith is also an actress and dancer.

The star kid is the daughter of celebrity couple Will Smith and Jada Pinkett Smith. She is the younger sibling of Jaden Smith and Trey Smith (half-brother). Both her parents and siblings are engaged in the entertainment field. CAPTION: Willow and her father Will Smith SOURCE: Instagram @willowsmith
Regarding her education, the 21-year-old attended Sierra Canyon School in Los Angeles.

The star kid Willow Smith has an estimated net worth of $6 million as of the Celebrity Net Worth. She gathers all her riches from her films, television series, songs, albums, and sponsorships.

Willow began her professional journey as an actress. Back in 2007, she made her debut playing the role of Marley Neville in the film I Am Legend. The movie starring Alice Braga and Dash Mihok, made under a budget of $150 million, collected $585.3 million at the box office. 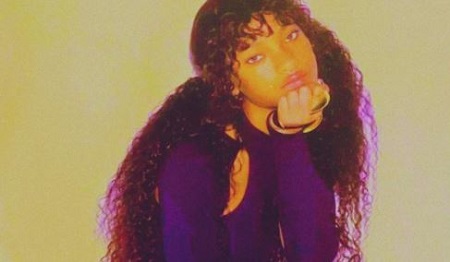 Besides being an actress, Smith is a rapper and dancer. She released her debut studio album Ardipithecus in 2015. Her other albums are The 1st, Willow, The Anxiety, and Lately, I Feel Everything.

Also, in 2020, she released her EP titled R I S E (with Jahnavi Harrison). So, her hit songs or albums have also helped her acquire a good profit.

Talking about her sexuality, back in June 2019, the star kid came out as bisexual. She mentioned she lives a polyamorous lifestyle and said:

"I love men and women equally. And so I would definitely want one man, one woman. I feel like I could be polyfidelitous with those two people… I focus a lot on the emotional connection and I feel like if I were to find two people of different genders that I really connected with and we had a romantic and sexual connection, I don't feel like I would feel the need to try to go find more."

"With polyamory, I feel like the main foundation is the freedom to be able to create a relationship style that works for you and not just to be stepping into monogamy because that's what everyone around you says is the right thing to do." 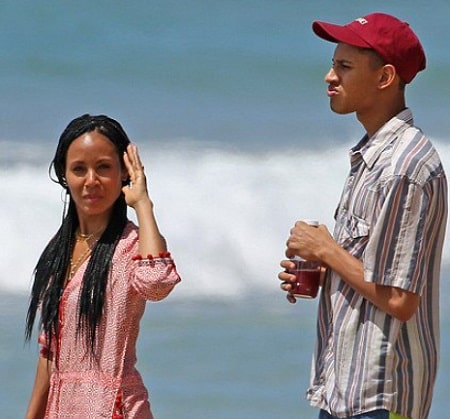 Talking about her personal life, she is an active philanthropist. All the Smith siblings, including Willow, are Youth Ambassador of Hasbro's 'Project Zambi.' Along with her brother Jaden, she received the New Fashion Icon at the 2016 Fashion Awards.