Is Brennan Elliott Happy In His Marriage To Wife Cami Elliott? Details About Their Children And Married Life! 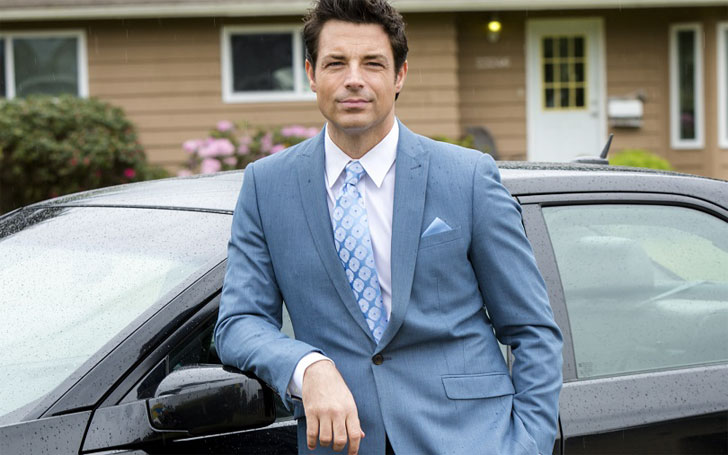 They say "Family is the most thing in the world". Canadian actor Brennan Elliott feels the same way as he also introduces himself as husband and father before an actor. His Twitter bio reads: "Husband, Father, Professional Experiencer..."

The talented actor is currently married to Cami Elliott. The couple is together since 2011 and blessed with two children; a son, and a daughter. How is their married life going on? How it all started? We have all the details here.

After dating for several years, the Canadian actor proposed his girlfriend. The couple tied the knot in 2011, in an intimate wedding ceremony.

Brennan Elliott and his wife Cami Elliott are proud parents of two children. They are blessed with a daughter and a son. Neither Brennan nor his spouse Cami has revealed further detail of their kids.

Brennan is a dedicated and loving husband as well as a dad. He shares photos of his lovely family on Twitter quite often, and we can tell just how much he's attached to his children and wife.

Rare night out without the kids! Taking my beautiful better half to @hallmarkchannel #TCA17 pic.twitter.com/RbXzwjBkYd

Brennan and his beautiful wife Cami are totally in love with each other. The couple frequently enjoys their time together on romantic dates.

The proud dad also frequently shares pictures of his cute children. He is quite close to his children and despite his busy schedule, he manages to spend time with them.

Besides their children, Brennan and Cami also have another family member which is their pet, dog. He mentioned his pet as a "sweet baby girl" in one of his tweets.

They say a picture speaks a thousand words, Brennan Elliot's pictures of his children and wife on Twitter speak volumes of his affection towards his family. The couple often goes out for a beautiful destination and spent their quality time together.

It has been nearly eight years that Brennan and his spouse Cami have been enjoying their decade long marriage journey. Brennan currently resides in his hometown Los Angeles with his wife and two kids.

Who Is Cami Elliott?

Cami Elliott is the celebrity wife of the Canadian actor Brennan Elliott. She keeps a low on her life from the spotlight. She seems busy to raise her two children. Elliott occasionally attends award functions and events with her husband and children. Although the information about her professional life is still missing, she is a major driving force in her husband's immense successful journey in the entertainment world.

He also made an appearance in many other projects. Additionally, the actor was cast in the science fiction TV series The 4400 along with Joel Gretsch, Jacqueline McKenzie, Mahershalalhashbaz Ali, Laura Allen, and Patrick Flueger. He is also notable for his work in Cedar Cove from 2013-15 and UnREAL (2015-18), the Lifetime drama series.

Elliott not only fame but also has made a considerable amount of fortune. As per some sources, he possesses $1 million net worth.