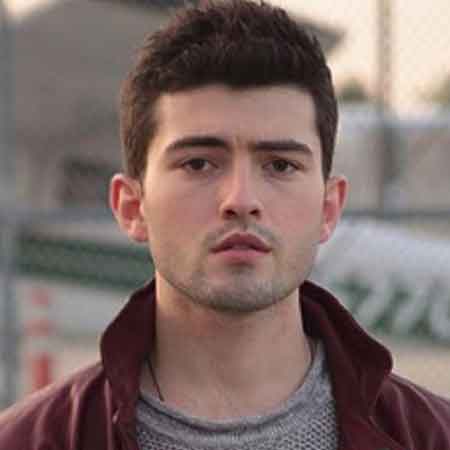 Making his film debut with the small role in the dystopian sci-fi film The Hunger Games, American actor Ian Michael Nelson made a name for himself in Hollywood. He has appeared in many popular movies and television series so far, however, is most known for his roles, Young Derek Hale on MTV's TV Series, Teen Wolf, Andy Klavin in the TV series, There's... Johny!.

Ian Nelson was born Ian Michael Nelson on 10th April 1995 in North Carolina under the birth sign Aries. Nelson is the son of Mark Nelson and Janie Nelson. His parents raised him with his three siblings.

Nelson discovered his interest in the performing arts after auditioning for a school musical in order to impress a girl. He then performed in several local shows.

Regarding his academics, Nelson attended Forsyth Country Day School in Lewisville, North Carolina. He then studied screenwriting at the University of Southern California.

Ian Nelson made his Hollywood debut in 2012 as District 3 Male Tribute in Gary Ross' sci-fi adventure film, The Hunger Games. The following year, Nelson worked in two movies Alone Yet Not Alone and Medeas.

Some of his other works include The Judge, The Best of Me, The Boy Next Door, and Freak Show. His latest movie includes 2017's film, Like Me starring Addison Timlin, Larry Fessenden, and Nicolette Pierini.

In 2017, he appeared as Andy Klavin in comedy-drama web TV series, There's... Johny! where he shared the screen with Jane Levy, Tony Danza, and Andrew Schulz. Both critic and fans highly appreciated his performance.

Ian Nelson has an estimated net worth of not less than $1 million, but, the actual amount is still under review. Nelson undoubtedly earns an impressive amount from his acting career.

Furthermore, Nelson worked in several movies with an amazing box office collection. Here is the list of his hit movies:

Like many other celebrities, Ian Nelson also prefers to keep his personal life and relationships low key. Nelson is hardworking and ambitious which might be the reason for him focusing more on his career rather than involving in serious relationships.

Scrolling his Instagram, Nelson posts pictures mainly about his work. So, with the limited information, he has provided about his dating life, he is unmarried and is single as of 2018.

Come see me dance like it’s 1994! (Wasn’t even born yet actually...) but Freak Show is out in theatres...that was the point of this caption...ok. :) #freakshowmovie @freakshowmovie @ifcfilms

Besides, the talented actor is active on social media and has a great fan following. As of September 2018, he has over 140k followers on his Instagram account.

Check out the interview with Ian Nelson: