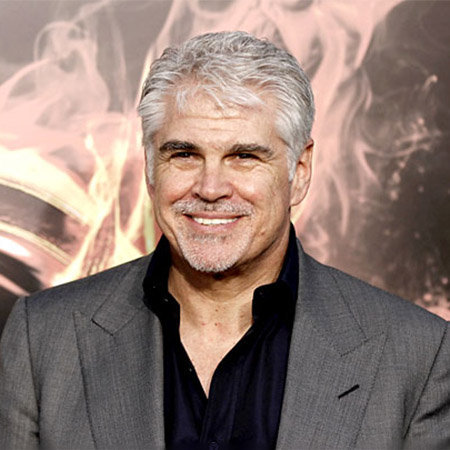 Gary Ross was born on 3rd of November, 1956 in Los Angeles, California, United States of America. He was born to his parents Gail and Arthur A. Ross.  His father Arthur A. Ross was a screenwriter. He grew up in a Jewish family. He was interested in acting since his childhood and always wanted to be a popular actor.

Gary Ross attended the University of Pennsylvania but did not graduate from there. He worked on Ted Kennedy’s 1980 Presidential Campaign and also consulted on both Bill Clinton’s and Michael Dukakis’s presidential campaigns. Gary Ross wrote a novel before being hired to write screenplays for Paramount Pictures. Once, he even worked as a fisherman.

His first screenplay was Big, which he co-wrote with Anne Spielberg. It led to a Writers Guild of America Award and an Academy Award nomination. His also wrote successful films like Dave (1993). Later in the year 1988, Gary Ross wrote and directed the movie Pleasantville. Gary Ross wrote, produced and directed Seabiscuit, based on Seabiscuit: An American Legend. The film was nominated seven times for the Academy Award.

Not only that, Gary Ross also took on the high-profile project of directing and co-adapting the film adaptation of the first book in Suzanne Collin’s Hunger Games trilogy. The film was a success and earned $672826248 worldwide. The film was successful both financially and critically but Gary Ross opted not to be a part of its sequels. He cited rushed production schedule being the main reason behind it.

Besides these, Gary Ross also wrote and produced the animated film The Tale of Despereaux. The film was based on the Newbery Medal-winning children’s book by Kate DiCamillo.

In the year 2012, Candlewick Press published his first book Bartholomew Biddle and the Very Big Wind. In the same year, Gary Ross was announced as the director of the film adaptation of the novel Peter and the Starcatchers, by Walt Disney Pictures.

Currently, Gary Ross is married to Allison Thomas.  The couple together gave birth to twins, Claudia and Jack, on 26th of May, 1995. No rumors have been heard on any of his extramarital affairs. Gary Ross is happily living with his family.

Gary Ross still stands fit, attractive, charming and smart with a good body structure and sound health. His net worth is estimated to be around $10 million acc u mulated from his high salary as a film author, writer, and director. Gary Ross finds family entertainment really very necessary and profitable.