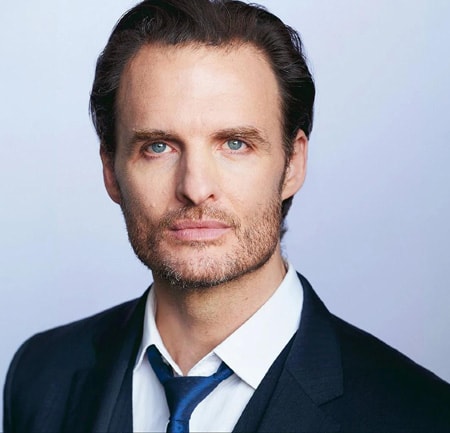 Greg Bryk is a renowned Canadian actor who is a prominent face in both television and film. He is most well-known as the regular cast of ReGenesis, XIII: The Series and Bitten. Moreover, he has also gained massive fame for voicing in the 2018 video game Far Cry 5.

Greg Bryk was born as Gregory Michael Bryk on 19th August 1972 in Winnipeg, Manitoba, Canada. He father's name is Don Bryk, but the identification of his mother is not revealed yet.

Bryk graduated with a Bachelor of Arts in Drama from Queen's University at Kingston in 1994. Bryk played football as a linebacker while he was studying in university. Bryk helped the Gails win the 28th Vanier Cup.

Bryk started his acting career in 1998, appearing as Gestapo Clerk in the television film Rescuers: Stories of Courage: Two Families. Since then, he has worked in over two dozen movies and television films. Some of his well-known film credits are Grindstone Road, Red, Man on the Train, and Code 8.

Moreover, he has also worked in over three dozen television series. He started his television career in 2000 from Relic Hunter in which he played the role of Matt in an episode Possessed. Later, he landed a recurring role of Weston Field in ReGenesis. He worked in the series from 2004 to 2008 during which he appeared in 50 episodes. 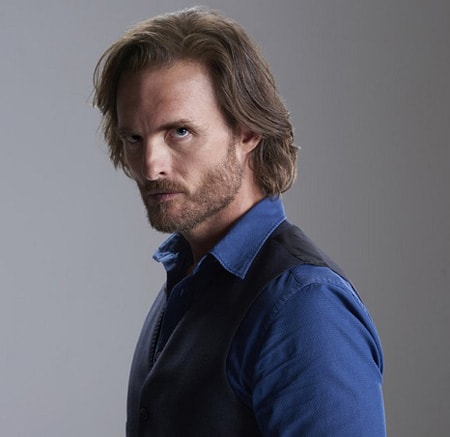 Coming to the year 2011, he was cast in a main role of Amos in the Franco-Canadian series XIII: The Series. He played in 24 episodes of the series until 2012. Similarly, in 2014, he was cast as Jeremy Danvers in Bitten. He played a role in the series for three seasons during which he appeared on 33 episodes.

He shared the screen with Jason Momoa, Alun Armstrong, and Zoe Boyle in the series. Besides, he is also a part of American series Channel Zero: The Dream Door in 2018. He has worked on four episodes of Fiona Shaw, Shaun Benson, Paul Schneider starrer American horror anthology series.

Canadian actor Greg Bryk has earned a handsome amount of money from his acting career. According to celebrity net worth, Bryk's net worth is estimated to be around $3 million in 2019. Information regarding his salary is not revealed in the media yet, however, we can estimate it to be in hundreds of thousands of dollars per year.

Greg Bryk is currently 46-year-old as of 2019. He has been active in the film industry for over two decades. Since the starting of his career, he has always been in the spotlight. However, Bryk has managed to keep his personal information low key until the time. He has let very few details about his personal life to reach to his fans.

But, it is known that Bryk is married to Danielle Nicholas Bryk. His wife is a host of DIY Network's A Bryk At a Time and HGTV Canada's Bryk House and Flip Addict. Bryk and Danielle tied the knot in 1996 and have been living happily ever after. 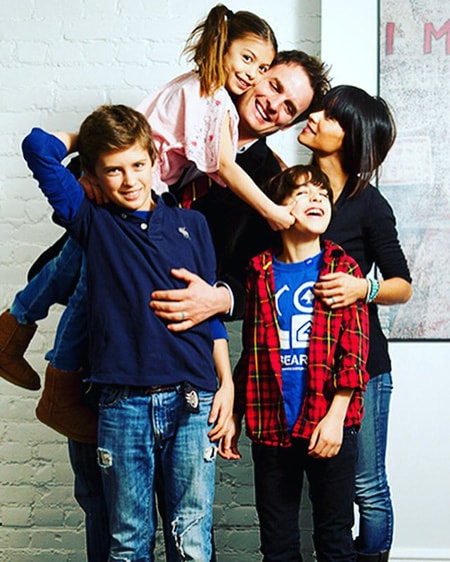 Before in an interview, Bryk revealed that the couple met for the first time at Queen's University where they both studied English literature. After a few years of courtship, Bryk proposed to his then-girlfriend in New York. Bryk told in an interview that they were expecting their first child when he popped the question to Danielle. When he asked her to marry him, she simply replied he didn't have to.

A few weeks later, they got married at St. Paul's Church in Toronto. They have three children together. Their oldest child, son Dempsey, is 22 years old and he studied in theater school in New York. Their second child, son Billy is 20 years old, and their youngest daughter Ella is 16 years old.