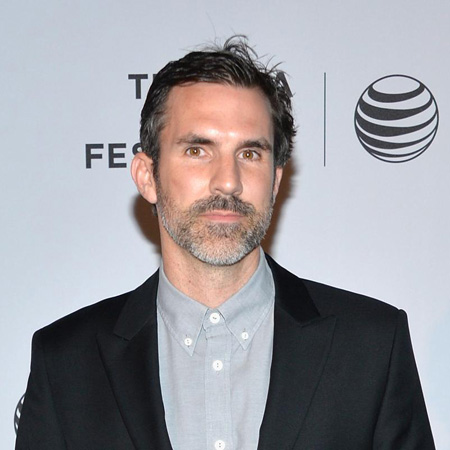 American actor Paul Schneider is known for portraying Mark Brendanawicz on the first two season of American political satire television sitcom, Parks, and Recreation. In 2007, he listed as one of Variety Magazine's 10 Actors to Watch.

Schneider did his primary education from the Carolina Day School. He then joined Asheville High School. Schneider graduated from the University Of North Carolina School of the Arts in 1998. At the University, he became friends with an American filmmaker, David Gordon Green.

In 2003, Schneider made his television debut with American crime drama television series, Third Watch as a guest starring Thomas Warner. The same year, he was also cast in American romantic drama film, All the Real Girls, for which he was nominated for Gotham Awards and Chlotrudis Awards.

Moreover, Schneider won 2014 Tribeca Film Festival Award for Best Actor in a Narrative Feature for his performances in American film, Goodbye to All That. He was also nominated for Fangoria Chainsaw Awards under Best TV Actor for American horror anthology television series, Channel Zero.

Schneider made his appearances in a number of movies, such as 50 Ways to Leave Your Lover, The Assassination of Jesse James by the Coward Robert Ford, Water for Elephants, The Babymakers, Straight Men/Same Bed, whereas his television credits include Parks and Recreation, Channel Zero: Candle Cove, and Chance among others.

Paul Schneider earns a good amount of money from his career as an actor. As per some online sources, he has an estimated net worth not less than $5 million, however, the amount is still under review.

Schneider’s movies which made a good collection at the box office include:

Paul Schneider is a married man. He tied the knot with his long-time girlfriend on 2016 April 16. The identity of his wife is still not revealed, however, in his Instagram account, she goes as theresaavila tc schneider.

The Couple loves traveling and has posted a number of beautiful pictures on their social media account.

Moreover, Schneider says that 1993 New Zealand drama film, The Piano inspired him to enroll in film school. He is also a big fan of director Jane Campion.

Let’s check out the interview of Paul Schneider with BUILD Series, where he discusses his role on the SyFy Show, "Channel Zero: Candle Cove".