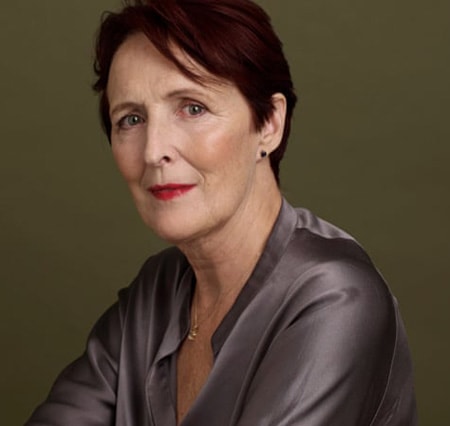 Fiona Shaw is an Irish actress who rose to mainstream for her performance as Petunia Dursley in the Harry Potter film series. She is also popular as a theater and opera director. Shaw's other acting credits include HBO series True Blood, and BBC America series Killing Eve.

Shaw was born as Fiona Mary Wilson on 10th July 1958 in Farranree, County Cork, Ireland. She is a Roman Catholic. She was born to an ophthalmic surgeon, Denis Wilson and physicist Mary Wilson. Shaw holds Irish nationality and belongs to Caucasian ethnicity.

Shaw had two siblings, John Shaw and Peter Shaw. The latter died in a car crash when he was 18 years old. Her brother John Shaw is a double bassist.

Fiona Shaw completed her school level from Scoil Mhuire in Cork City. Later, she earned a degree in Cork Institute of Technology. Shaw learned acting at the Royal Academy of Dramatic Art in London. In her early days of acting, she was praised for her performance as Julia in the National Theatre production of The Rivals.

Fiona Shaw started her career as a theater actress. Her theatrical credits include As You Like It, Les Liaisons Dangereuses, The Taming of the Shrew, and Hedda Gabler among others. Her performance of T.S. Eliot's poem The Waste Land at the Liberty Theatre in New York won her the Drama Desk Award for Outstanding One-Person Show.

Shaw made her screen-debut in 1984, playing the role of Miss Morrison in The Adventures of Sherlock Holmes episode The Adventure of the Crooked Man. Meanwhile, Shaw is also famous for her male lead role in Richard II in 1995. In the upcoming years, she worked in a number of films such as Jane Eyre, and The Butcher Boy. 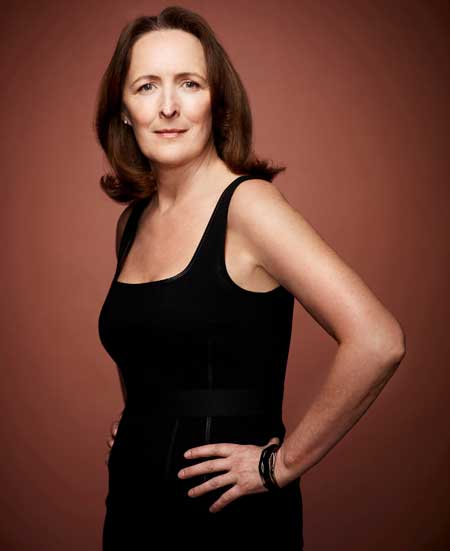 Shaw is widely popular among her audiences as Ms. Petunia Dursley, her role in the Harry Potter series. She played the character in all of the editions of Harry Potter that stars British actors Daniel Radcliffe as Harry Potter and Emma Watson as Hermione Granger.

In 2016, Shaw played the role of present-day Marla Painter in the Paul Schneider and Shaun Benson starrer Channel Zero.

Actress Fiona Shaw has an impressive net worth of $5 million as of 2019. The Irish actress has made the beautiful fortune from her lucrative acting career. Her work in the Harry Potter series earned her a great amount of money that takes a big part in her net worth.

Back in 2016, the Harry Potter star bought a pint-sized New York City pied-a-terre. She paid $710k for approximately 500 sq. ft. flat that comprises one bedroom and a bathroom.

She also has a house in London borough of Islington, London where she resides with her wife.

Irish actress Fiona Shaw is openly lesbian. She is happily married to Sri Lankan-born Dr. Sonali Deraniyagala. They tied the knot in 2018. Her wife is an economics professor at the School of Oriental and African Studies in London.

It was Shaw's first marriage, however, her wife Derraniyagala was previously married to economist Stephen Lissenburgh. In 2004, Derraniyagala suffered an unimaginable tragedy after she lost her husband, two young children and parents in Sri Lanka's Boxing Day tsunami.

Derraniyagala released a memoir Wave in 2013, in which she documented her experience of the heart-shattering loss. 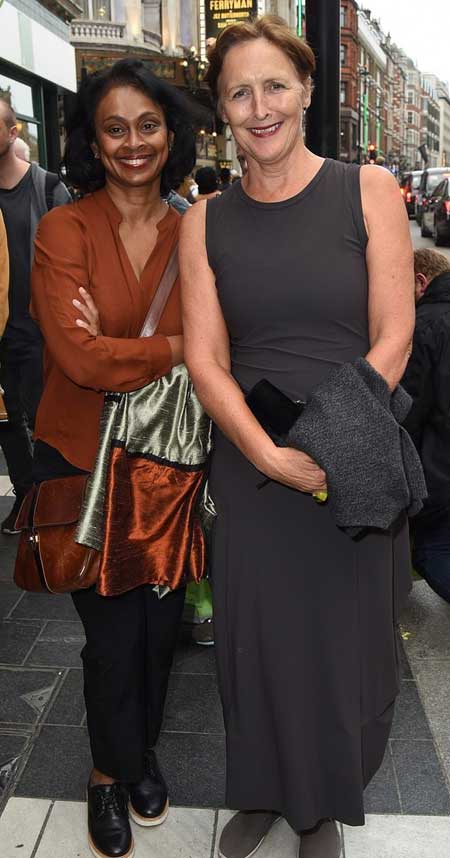 According to some sources, Shaw was moved by her story and asked her mutual friends to introduce to her. The two women hit it off on their first meeting. Shortly after their first meeting they started dating and continued their courtship for years before walking down the aisle in 2018.

Before, Shaw was in a relationship with actress Saffron Burrows, who identified herself as pansexual. The pair met in 2002 and started dating soon. The two also went public as a couple and remained in the relationship until 2005.