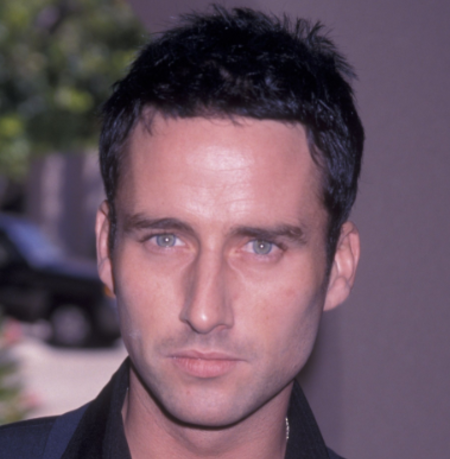 Glenn Quinn was an Irish actor best known for playing the role of Mark Healy on the '90s hit family sitcom Roseanne. He was also famous for his role as Doyle, on the WB supernatural series, Angel. Quinn died of the result of a heroin overdose on December 3, 2002.

Glenn Quinn was born on May 28, 1970, in Dublin, Ireland, under the zodiac sign Gemini. He was of Irish nationality and common Irish ancestry.

He was the son of renowned musician and singer of the Miami Showband,  Murty Quinn, who enjoyed seven #1 hits in the '60s and '70s. His mother's name was Bernadette Quinn (nee Brady).

Quinn was raised along with two sisters, Sonja and Louisa, in Cabinteely, a suburb of Dublin. He had graduated from Clonkeen College and later emigrated to the United States with his family in 1988. He was in his teenage when his family settled in Los Angeles, California.

Quinn also had a brother, Ciaran, whom he never knew existed because he was placed for adoption as a boy.

Glenn Quinn started his acting career by doing commercials for Pepsi and Ray-Ban. During his early career, he also appeared in a music video "Satisfied" by Richard Marx.

Casting director Johanna Ray later offered him a small role with two lines in Beverly Hills, 90210. In 1991, he played his first major role in the historical period dram film, Shout, alongside John Travolta. Quinn shared a kiss with Gwyneth Paltrow in the film.

Quinn rose to fame after playing the role of Mark Healy, Becky Conner's boyfriend and later husband, in the 90's family sitcom, Roseanne. He appeared on the show its end in 1997 (seasons 3–9) alongside Sara Gilbert, Roseanne Barr and John Goodman.

Being one of the popular film and television stars, Glenn Quinn has earned a substantial amount of money from her acting career.

Quinn never spoke about his net worth in public, however, some sources had estimated the total fortune of the late actor to be $1.2 million before his death.

As we mentioned earlier, Glenn Quinn was found dead at a friend's home in North Hollywood, California, on December 3, 2002.

As for his cause of death, according to an autopsy performed, he had died as the result of a heroin overdose.

In the months leading up to his death, the actor had been struggling with homelessness and drug addiction. He neither was married nor had any children.