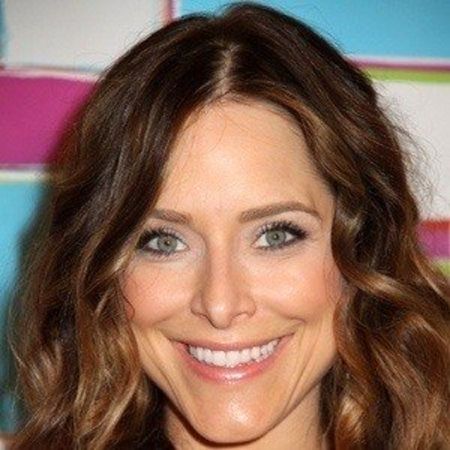 Jenny Mollen is an American actress and author widely known for playing the role of Nina Ash on the WB horror TV series Angel. Mollen has been married to actor Jason Biggs since 2008, and the two are parents of two adorable children.

Jenny Mollen was born as Jenny Ann Mollen Biggs on May 30, 1979, in Phoenix, Arizona, the United States of America, under the birth sign Gemini.

Her father, Dr. Art Mollen, is an osteopathic physician, author and marathon runner in Phoenix. He has published five health-related books on and has appeared as a health expert on The Oprah Winfrey Show and Good Morning Arizona.

Meanwhile, her mother is a nurse by profession. Her dad is Jewish and her mom is Christian. She was raised culturally Jewish along with a sister and a half-brother.

Mollen graduated from Chaparral High School in Scottsdale, Arizona, in the late 1990s. She later attended the University of California where she studied acting. She is also an Antioch University graduate.

Jenny Mollen started her acting career in local theater as a child. She performed at Old Globe Theatre in San Diego, California and the Oregon Shakespeare Festival in Ashland, Oregon.

In 2005, she performed in London in a play she wrote about her dog. Later in 2009, she wrote a short film Kidnapping Caitlynn, starring herself, Jason Biggs and Julie Benz. Katherine Cunningham Eves was the director of the film.

Mollen made her television debut with the role of Susan Curran in an episode "Mr. Invisible" of 18 Wheels of Justice in 2000.

From 2003 to 2004, she played the role of Nina Ash in three episodes, "Unleashed", "Smile Time", "Power Play," of the WB horror series, Angel. She appeared on the show along with Charisma Carpenter, Glenn Quinn and Alexis Denisof.

She has also written a humor column for a website, The Smoking Jacket, which is affiliated with Playboy, as well as an advice column for Playboy.

In 2014, Mollen wrote a book, I Like You Just The Way I Am, and it reached #10 on The New York Times Best Seller list for Print & E-Book Nonfiction.

Being one of the most renowned and successful authors and actress, Jenny Mollen earns a substantial amount of money.

The 40-year-old Angel star has an estimated net worth of $1 Million, according to the Celebrity Net Worth website.

Her 2008 film, My Best Friend's Girl, which was made under the budget of 20 million, had a box office collection of $41.6 million.

Jenny Mollen is a married woman; she has been married to actor Jason Biggs, who portrayed Jim Levenstein in the American Pie comedy film series. He is also known for playing the role of Larry Bloom in Netflix's original series Orange Is the New Black.

Mollen and Biggs first met on the set of My Best Friend's Girl and started dating. The two eventually tied the knot on April 23, 2008, in Los Angeles, California. 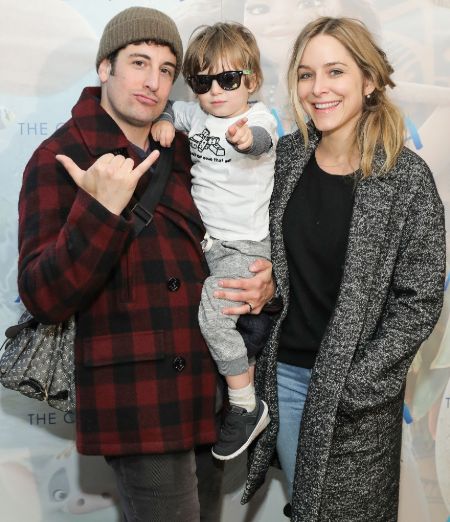