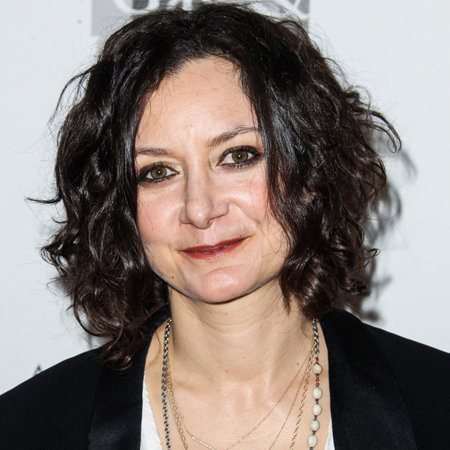 Sara Gilbert is one of the prominent faces in the world of acting. The actress first grabbed attention following her role in a most hit TV series Roseanne. She is also better known for her work in another CBS's The Big Bang Theory.

Sara Gilbert was born in the year 1975 on the 29th of January, in Santa Monica, California, in the United States of America. She belongs to the white ethnicity and her nationality is American. She is a wonderful person and always carries a smile on her face.

Gilbert has always poured perfection in her work and this makes her so successful today. She has three siblings and their names are Melissa Gilbert, Jonathan Gilbert, and Claudia Cowan. The names of her parents are Barbara Crane and Harold Abeles and they must be very proud of her.

Career As an Actress

Sara is much more known for her TV shows work than movie work. She played the role of Darlene Conner-Healy in a very popular TV series called Roseanne from the year 1988 to the year 1997. She completed 219 episodes with the show and for the phenomenal work she was awarded big awards such as Young Artist Award and Television Series TV Land Award. She played the role in a series along with Roseanne Barr, John Goodman, Laurie Metcalf, and more.

Sara also played the role of Leslie Winkle in a very popular TV show called The Big Bang Theory from the year 2007 to the year 2010. Other TV shows to her credits are The Talk, Private Practice, Law & Order: Special Victims Unit and Twins.

Sara Gilbert has worked in dozens of successful movies and TV shows. Likewise, the successful actress also has collected a large amount of money. She has an estimated net worth of $35 million, according to celebrity net worth.

Gilbert has worked in a number of box office hit movies. She was a cast in a movie High Fidelity which grossed over $47 million worldwide.

Her personal life can confuse people. She was dating her boyfriend Johnny Galecki before she realized she is a lesbian. She couple had to split because of the reason. After that, she continued dating men and started a relationship with Allison Adler. She has two children from Allison and their names are Sawyer Gilbert-Adler and Levi Hank Gilbert-Adler.

After this relationship, she became lesbian forever and then started dating Linda Perry. The couple got married in the year 2014. After marriage, she gave birth to a son whose name is Rhodes Emilio, Gilbert Perry.