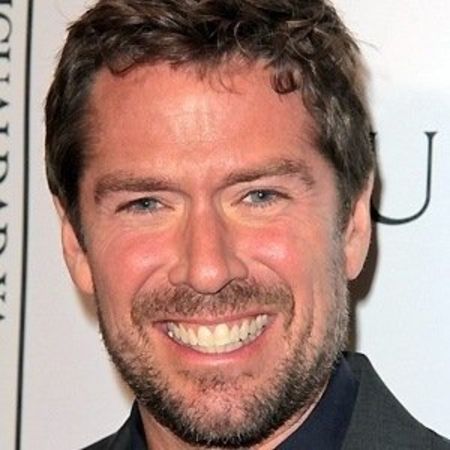 Alexis Denisof is an American actor widely known for playing the role of Wesley Wyndam-Pryce in the WB horror series, Buffy the Vampire Slayer, and its spin-off Angel. He is also known for appearing on the CBS comedy series How I Met Your Mother. alongside his wife Alyson Hannigan. The couple married in 2003 and is blessed with 2 children.

Alexis Denisof was born on February 25, 1966, in Salisbury, Maryland, the United States of America, under the birth sign Pisces, to parents Dr. Christiana Taylor and Gerald Denisof.

His mother was a teacher. He is of American nationality and of Russian, French, and Irish ancestry. He belongs to the white ethnicity.

He was three years old when he moved to Seattle, Washington with his family. He was a student at Highline College where his mom served as the head of the drama department.

Following his graduation, Denisof attended St. Paul's School in Concord, New Hampshire. At the age of 17,  he moved to London, England, and lived there for several years. He studied acting at the London Academy of Music and Dramatic Art.

Alexis Denisof entered the entertainment industry as a fight director for a stage production, Hamlet. Later in 1991, he worked as a flight director for The Other Side, The Soul's Dark Night, and Romeo and Juliet.

He made his acting debut with the role of an investigative reporter in the feature film Murder Story (1989) starring Christopher Lee.

In 1999, Denisof was cast as a series regular, Wesley Wyndam-Pryce, in the WB horror series, Buffy the Vampire Slayer.

In the same year, he appeared in its spin-off Angel. He appeared on the supernatural series until 2004 alongside Jenny Mollen, David Boreanaz, Charisma Carpenter, and Amy Acker.

From 2006 to 2014, Denisof appeared as Sandy Rivers in ten episodes of the CBS comedy series, How I Met Your Mother, along with his wife Alyson Hannigan.

As for his movie appearance, he has appeared Much Ado About Nothing, Avengers, Guardians of the Galaxy, Sharpe's Waterloo, First Knight, Sharpe's Revenge, and Innocent Lies.

Being one of the most renowned and successful theatres, film, and television actresses, Alexis Denisof has added a huge amount of money to his bank balance.

Denisof has an estimated net worth of $2 million, according to the Celebrity Net Worth. As for his salary, the 53-year-old actor reportedly earns around $50 thousand per episode of a series.

His 2012, The Avengers, was made under the budget of $220 million and the fantasy sci-fi film had a box office collection of $1.519 billion.

On the other hand. his lovely wife who is also a renowned actress has a net worth of $40 million.

As for the relationship status of Alexis Denisof, as we mentioned earlier, the Maryland-born is a married man. He has been married to actress Alyson Hannigan.

The two tied the knot on October 11, 2003, at the Two Bunch Palms resort near Palm Springs, California. They are living a blissful married life ever since. 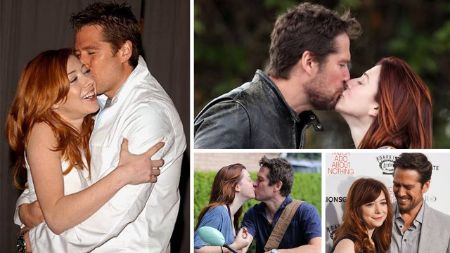 Denisof met Hannigan first met on the set of Buffy the Vampire Slayer, started dating, and eventually exchanged the vows. The pair has also appeared on How I Met Your Mother together.