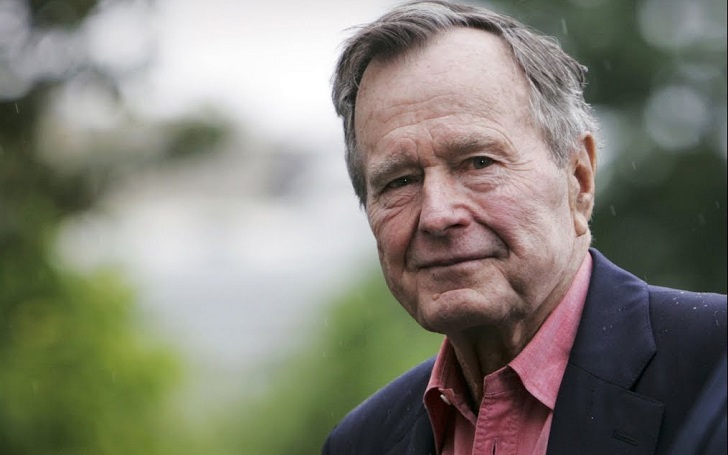 41st US President George H.W. Bush, who shepherded America through a turbulent period in global relation has died. The last veteran of World War II to serve as a president Bush passed on Friday night, 30th November at the age of 94.

Bush, often regarded as Bush senior succeeded Ronald Reagan as the 41st POTUS on January 20, 1989. He garnered popularity in less time for his foreign policy, however, he was less successful on the domestic front. It ultimately cost him his post in the 1992 presidential election which he lost to Democrat Bill Clinton. 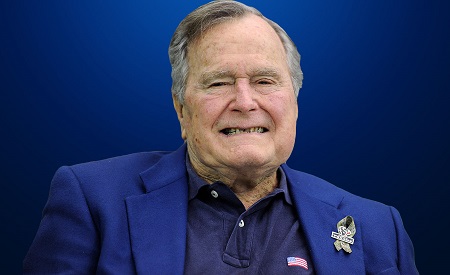 Bush's office announced his death in a statement that read:

He was 94 and is survived by his five children and their spouses, 17 grandchildren, eight great grandchildren, and two siblings. He was preceded in death by his wife of 73 years, Barbara; his second child Pauline Robinson “Robin” Bush; and his brothers Prescott and William or “Bucky” Bush. Funeral arrangements will be announced as soon as is practical.

Bush's son and the 43rd President George W. Bush released a statement of his own on behalf of his family mourning his father's death where he wrote:

Jeb, Neil, Marvin, Doro, and I are saddened to announce that after 94 remarkable years, our dead Dad has died.

George H.W. Bush was a man of the highest character and the best dad a son or daughter could ask for. The entire Bush family is deeply grateful for 41's life and love for the compassion of those who have cared and prayed for Dad, and for the condolences of our friends and fellow citizens.

Bush's health had been declined for the last few months. He was admitted to the hospital with a blood infection on April 23, a day after his wife Barbara Bush's funeral-he was discharged after 13 days.

White House also mourned the death of the former president in a statement on behalf of President Donald Trump and first lady Melania Trump which the president also shared on his Twitter.

Former President Barack Obama took to his Twitter paying tribute to the late American leader following his death announcement where he wrote: "America has lost a patriot and humble servant in George Herbert Walker Bush." Here is the tweet:

America has lost a patriot and humble servant in George Herbert Walker Bush. While our hearts are heavy today, they are also filled with gratitude. Our thoughts are with the entire Bush family tonight – and all who were inspired by George and Barbara’s example. pic.twitter.com/g9OUPu2pjY

I will never forget George H.W. Bush and President Clinton meeting me in my old hometown of New Orleans to show support and raise money after Hurricane Katrina. I send my love to his family tonight.

Bush served USA as a young Navy pilot in World War II before he took the responsibility of the president. Besides, he was also a Texas congressman, a CIA director and vice president to Ronald Reagan.

Biographer Timothy Naftali said of him as a vice president as:

His loyalty to Ronald Reagan was legendary. He didn't always agree with Ronald Reagan. And he was so secretive about those moments where he disgraced, we don't even have good documentation - at least not available yet - disgraced.

Bush was born in Milton, Massachusetts on June 12, 1924, to Dorothy Walker Bush and Prescott Bush, a banker who later became a Republican senator from Connecticut. 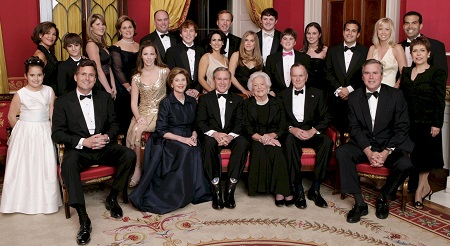 Bush became the patriarch of one of the most prominent political families of the nation. Besides George W. becoming the president, his another son, Jeb is a former Florida governor and made an unsuccessful run for the Republican presidential nomination in 2016.