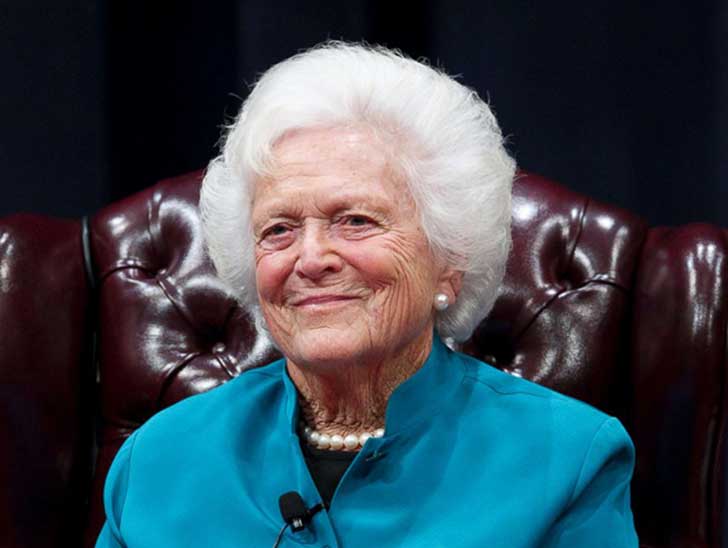 The former First Lady passed away on Tuesday at her home in Houston, Texas. Known for her wit and toughness she died surrounded by her family. She refused medical treatment on Sunday and decided to stay home with her loved ones.

In early 2017, she and her husband Bush both were hospitalized following many health issues, however, they together made it for the Super Bowl 51 coin toss a month later with smiles on their faces.

Following the death of Barbara Bush, all the members of Bush family expressed their grief over losing one of the beloved members of their family.

According to the chief of staff Jean Becker's statement, George H.W Bush was deeply saddened and heartbroken to lose his wife. Becker said,

“He held her hand all day today and was at her side when [she] left this good earth.”

George H.W. Bush and Barbara Bush were the ideal couples. They first met when former was 18 and the latter was 17 at the Christmas dance. The couple got married on January 6, 1945.

The only love letter Barbara Bush kept from George HW during World War II (the others were lost). It is dated December 12, 1943. “How often I have thought about the immeasurable joy that will be ours someday. How lucky our children will be to have a mother like you—“ pic.twitter.com/9n9GDx7lAM

His love letter to Barbara has gone viral. It was one of the many letters (the others were lost) which he wrote during World War II. 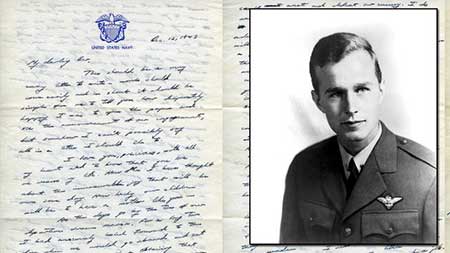 Both George W. Bush and Jeb Bush also remembered Barbara saying they were proud to have her as their mother.

George W. Bush shared a photo of his parents with a lengthy caption about his mother.

“Laura, Barbara, Jenna, and I are are sad, but our souls are settled because we know hers was. Barbara Bush was a fabulous First Lady and a woman unlike any other who brought levity, love, and literacy to millions. To us she was so much more.”

“Mom kept us on our toes and kept us laughing until the end. I’m a lucky man that Barbara Bush was my mother. Our family will miss her dearly, and we thank you all for your prayers and good wishes.”

Jeb Bush shared a statement in his Facebook calling her mother a 'force of nature.'

“I’m exceptionally privileged to be the son of George Bush and the exceptionally gracious, gregarious, fun, funny, loving, tough, smart, graceful woman who was the force of nature known as Barbara Bush. Thank you for your prayers, and we look forward to celebrating and honoring her life and contributions to our family and great nation in the coming days.”

Barbara's grandchildren, Jenna Bush Hager, daughter of George W. Bush also dropped her tribute to her grandmother on Instagram. She shared a picture of her young self with her grandparents and wrote,

“She taught me to use my voice but also to value the opinions of others. She adored her friends and family; her loyalty was unwavering. Humor helps, she often said and it does, Gans, but I will miss your laugh terribly."

George P. Bush, the oldest son of Jeb Bush, took on Twitter to express his love for his grandmother. He wrote that she dedicated her life to others and was her grandpa's 'top advisor and confidante.'

My grandmother's entire life was focused on others. For my grandfather, she was his top adviser and confidante. For her family, she was a steady, loving and guiding hand. And for her country, she was an inspiration and an example for all. 1/2

My grandmother didn't just live life; she lived it well. And the sorrow of her loss is softened by the knowledge of her impact on our family and our country. I will miss you, Ganny—but know we will see you again. 2/2

Barbara served as First Lady from 1989 to 1993 and as Second Lady for 8 years during the Reagan administration. She is recognized for increase universal literacy for which she even founded Barbara Bush Foundation for Family Literacy.

She's survived by her husband, 4 sons including George W. and Jeb Bush,  a daughter, 17 grandchildren and 7 great grandkids.