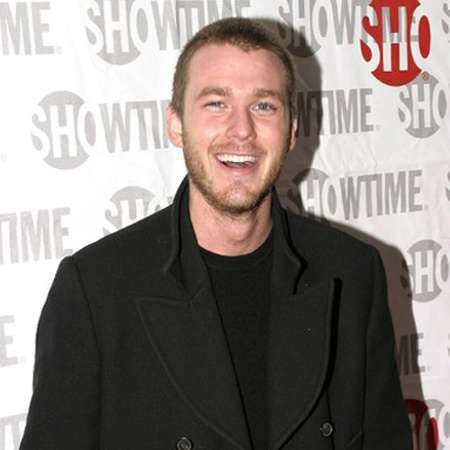 Eric Lawrence Lively Brown, popular as Eric Lively is an American actor famous for his role as Mark Wayland in showtime hit drama series The L Word. He has appeared in numerous movies and TV series including American Pie, Sex and Breakfast and 24. He has also made appearances in various artists’ music videos including Mandy Moore and Pink. He is the elder brother of actress Blake Lively.

Eric Lively was born Eric Lawrence Lively Brown on July 31, 1981, in Atlanta, Georgia. The 36-year-old celebrity is recognized for his acting profession. He is active with his work in films and television mostly recognized from The Butterfly Effect 2 where he got portrayed with the character as Nick Larson.

His sister and three of his siblings belong to the acting field. Since his family background belongs from the entertainment industry, therefore, he also highly got inspired in working in this field for his professional fame and success.

Eric Lively made his career debut as a baby in the 1983 movie, Brainstorm. He moved to New York City to study photography after graduating high school. He studied photography at Parsons The New School for Design in New York City. He was an Abercrombie and Fitch model at one time.

Eric Lively's first performance on television was on an episode of an American television sitcom, Full House. He was 13 years old at the time; he portrayed the first boyfriend of Stephanie Tanner in the series.

He portrayed Albert in a 1999 American teen sex comedy movie, American Pie. The movie was a big hit grossing $235.5 million at the box office. He was cast alongside Jason Biggs, Chris Klein, Natasha Lyonne, Thomas Ian Nicholas, and Tara Reid, among others.

Eric Lively played Carey Bell on the television series So Wierd from 2000-2001. He then became a cast member of the short-lived 2003 Norm Macdonald series A Minute With Stan Hooper.

In 2004, he acted in an Ameican independent drama film, Speak alongside Kristen Stewart, Michael Angarano, Robert John Burke, and Elizabeth Perkins, among others.

In 2009, Eric Lively appeared as Pink's on-screen boyfriend in her music video "Please Don't Leave Me", with stuntman Justin Sundquist serving as his stunt double. In 2012, he guest starred in the Lifetime series The Client List. In 2013 Lively played in “A Madea Christmas” as Conner.

Eric Lively’s current net worth is $2 million. He has garnered $2million amount of net worth from his acting career. However, his sister, Blake Lively has a huge net worth that is about $16 million.

He has also appeared in various TV film and series. According to a source, he earns annually $500K from the Television industry. He is 1.88 meters / 6 feet 2  tall inches in tall and so is his weight maintained and managed with a proper visit to the fitness center and food diet.

Eric is a married man. He is married to his longtime girlfriend Angelina Davydova since 2005. By now they are moving a happy time being a spouse.

Eric is very happy with his married life while he speaks in media during the last interview he explained he has no any extra dating for the time.

He is planning to get a new house very soon and shifted with children. Further watching his bio most of the story is related to his career and elaborated about it rather than his personal life.

The L Word The Butterfly Effect 2 The Breed