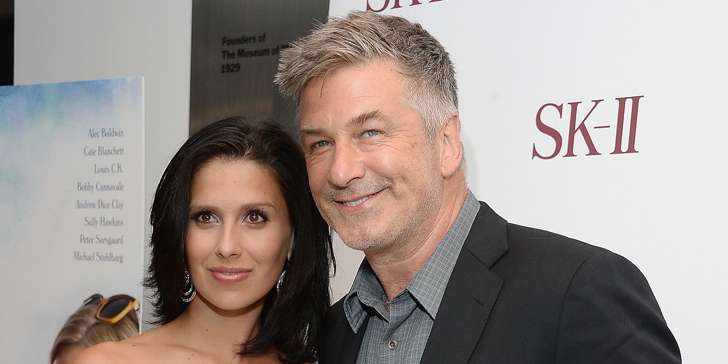 Alec Baldwin is an American actor first gained recognition after appearing on seasons 6 and 7 of the CBS television drama Knots Landing, in the role of Joshua Rush. He has since played both leading and supporting roles in several films such as Beetlejuice, The Hunt for October, The Marrying Man and Mission Impossible series.

Alec Baldwin is one of the popular actors of Hollywood town. Alec and his wife have recently confirmed the news of a new arrival in their family. Baldwin began dating Hilaria Thomas, a yoga instructor with Yoga Vida in Manhattan. Baldwin and Thomas moved from the Upper West Side to Greenwich Village that August.

The couple became engaged in April 2012 and married on June 30, 2012, at St. Patrick's Old Cathedral in New York City. Hilaria Thomas Baldwin and actor Alec Baldwin are now expecting a new member in their family once again. Recently Hilaria shared her happiness through Instagram to announce that she and husband Alec Baldwin are expecting their third child together again.

The couple already has 8-month-old son Rafael Thomas and 2 and half-year-old daughter Carmen Gabriela, while the actor is also father to Ireland, his 20-year-old daughter with his ex-wife Kim Basinger. "Ireland, Carmen, Rafael, Alec, and I are excited to share with you that we are going to have another addition to our family.

A little boy coming this fall" she posted a photo on her Instagram. Even Alen seems to be very happy for his new child coming this fall. I’m dying to have another child with my wife,” he said. “I love my wife more than anything. I love our family, I’m very happy.

I’ve never been happier before in my life.” he recently spoke to sources. The couple is excited to have another child to their family. They have also confirmed that their expected child is a baby boy. We wish the couple best wishes for yet another beginning in their lives.

Alec Baldwin and his wife Hilaria welcomed their third child, and second son, together, on September 12, 2016. Their son, Leonardo Angel Charles Baldwin is now one year old. They have four children together. In November 2017, Alec announced that he is expecting the fourth child with wife Hilaria.