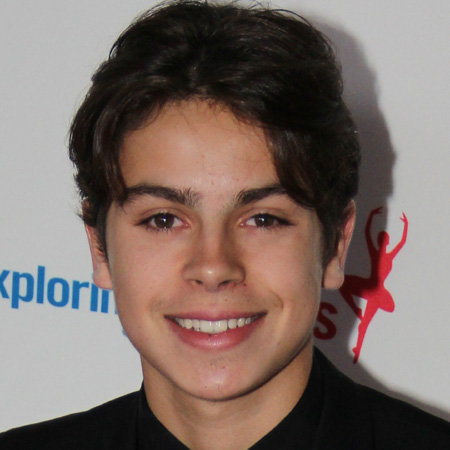 Jake T. Austin is an actor who is known for his role Max on Wizards of Waverly Place and provided the voice of Diego on the Nickelodeon animated series Go, Diego, Go! In 2013, he began playing Jesus Foster on the ABC Family series The Fosters.

Born as the eldest of two children, Jake had a pretty decent childhood. His father used to own a company and his mother was a beautician, who quit her job during the birth of her second child.

So, Jake grew up with all the love and support from his family and they were mostly together at all times. Born is a family of Roman Catholics, he follows the same religion and is an American by nationality. He belongs to white ethnicity.

As a child, he grew up in New York and studied at the Felix Festa Achievement Middle School, which is a public school. From his early days, he was a very active kid and was taking participation in many different events. He was also into acting as he already had done it sometime before and established himself as a child actor.

He had already started to play in commercials from a young age of 6 and by the time he was 8, he had already appeared in the Late Show with David Letterman after he had appeared in the Kid 1698. He also debuted as a voice actor for the role of Diego in the Nickelodeon cartoon named Dora The Explorer.

His voice gained much popularity and after Dora ended in 2005, his voice was used in the same character for the new show Go, Diego, Go! Apart from Diego, his voice has also been used in other animated characters like Everyone’s Hero, Merry Fucking Christmas, Playhouse Disney as well as The Ant Bully, Happy Monster Band etc.

He got his first role in the film The Perfect Game which was released in 2006. He then started to work for Disney which took his career to new heights. His first Disney movie was Johnny Kapahala: Back on Board, I followed by his role in Wizards of Waverly Place alongside Selena Gomez and David Henrie.

His role won him an Emmy Award in 2009 for the Outstanding Children’s Program. He also received the NAACP Award and the ALMA award nominations. Other of his roles and voice roles are in: Wizards of Waverly Place, Rio, New Year's Eve, Law & Order: Special Victims Unit, The Perfect Game, The Suite Life on Deck and others.

His roles and versatility in acting have won him much praise and appreciation. As a result, he has earned many awards, fame and most importantly fans from around the world.

An averagely height man, Jake is a fairly good looking boy with slim body and brown hair. He is a confident young man and always carries his smile with himself.  He has an estimated net worth of about 5 million US dollars.

As of 2018, he is in a long-lasting relationship with Danielle Caesar and is focused on his career.

On talking about his relationship, previously he had been in a relationship with Bella Thorne(2010) who is an American actress. But their relationship could not long last and got separated due to some problems.

Then after, he had been in a relationship with Bianca A. Santos (2013) who is an American actress but the relationship didn’t work so they decided to get separated in 2014.