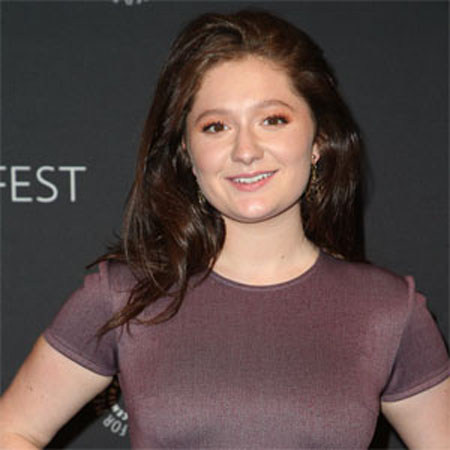 American actress, Emma Kenney is popular for her role Debbie Gallagher in Shameless-an American comedy-drama TV series. She will soon portray the role Harris Healy in the upcoming Television sitcom Roseanne. Similarly, she has also given her voice to the movies, Epic and My Love Affair with Marriage.

She started acting when she was only Five years old and appeared in several voiceover roles and commercials. Kenney made her Hollywood debut in 2008 with the short film Lyre Liar. Since then, she has appeared in several movies and TV series and has received an appreciation for her acting skills from both fans and critics.

Emma Kenney was born Emma Rose Kenney on 14th September 1999 in Manhattan, New York. She is Virgo. She is American by nationality, and as far as her ethnicity is concerned, she is White. Kenney is the daughter of Gillian Kenney (an attorney)  and Kevin Kenney (a sports writer).

Kenney started acting when she was only 5 along with her friend, Ciera Gill. Later, she appeared in an advertisement for Scholastic Books. She also worked in several other commercials and voiceover roles.

Emma Kenney made her big screen debut in 2008 from the short film, Lyre Liar. The same year, she worked in another movie, Bittersweet. A year later, she acted in two movies, A (Not So) Civil Union and Three Little Puppets.

In 2013, Kenney gave her voice in the 3D computer-animated action-adventure film, Epic and later in My Love Affair with Marriage.

Kenney made her TV debut from the TV film, Green Apples following Day Camp in 2009. In 2011, she acted in comedy-drama TV series, Shameless starring Emmy Rossum, William H. Macy, Jeremy Allen and Cameron Monaghan among others.

As of 2018, Kenney is working in a TV series, Roseanne with Roseanne Barr, John Goodman, Sara Gilbert and Laurie Metcalf.

Along with movies and series, Kenney appeared in an ad for scholastic and later directed the short film, The New Girl In Town.

As per some sources, Emma Kennedy has an estimated net worth of $1 million, but the amount is still under review.

As per TMZ, Kenney earned $12k per episode in the first season of the series, Shameless. The first season had 12 episodes so we can assume that, she probably collected $144k. By Season 2 and 3, her salary increased by 4% so; she earns $12.5k and $13k per episodes respectively.

Similarly, her movie, Epic collected $268.4 million at the box office which was made with the budget of $93 million. IMDB.com rated the movie 6.7 stars out of 10.

Kenney revealed that she bought a new house via Twitter,

At the early age, she earns an impressive amount which helped her to maintain her lavish life.

Kenney is also involved in charities. She helped to raise fund for Brain Tumour UK. She also donated her hair to Little princess trust, a charity to make wigs for them who loses their hair due to chemotherapy.

Emma Kenney is a private person. She prefers to hide her relationship and dating life far from the limelight. As of now, she is more concerned about making her career rather than being engaged in relationships. Kenney announced that she is single via tweet,

‘’ Dinner with the boyfriend aka Bobs Big Boy...my life is sad hahaha #foreveralone.’’

Once Kenney revealed that she has a crush on Harry Styles, Ansel Elgort, Jeremy Allen White and Dylan O’Brien.

Here is the video where you can learn some interesting facts about Emma Kenney.