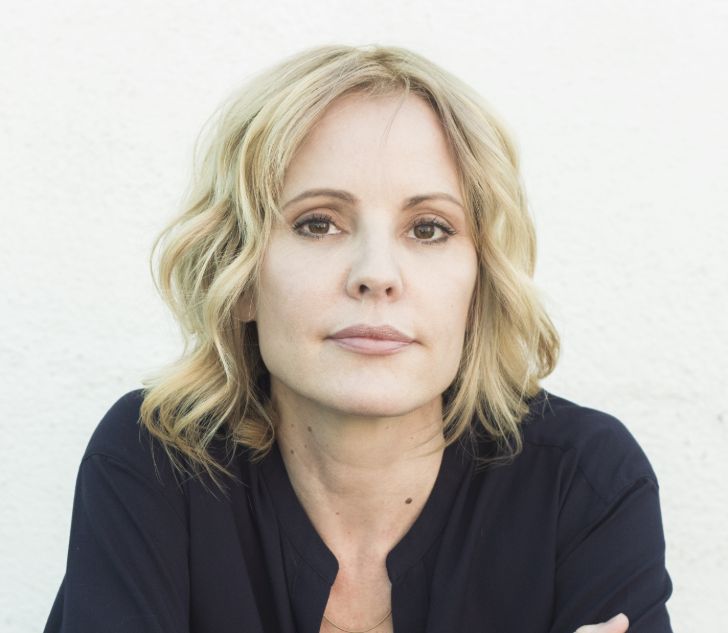 Emma Caulfield Ford, an American actress has become an aspiring TV figure ever since she landed the role of  Anya Jenkins in Buffy the Vampire Slayer (1998-2003); it won her Satellite Award in 2003. Professional since 1994, Caulfield grabbed first grabbed TV attention as a recurring cast in Beverly Hills, 90210 (1995-96) and General Hospital (1996-97).

Throughout her career of more than 26 years, Emma made TV series appearances including Gigantic, Once Upon a Time, Fantasy Hospital, and WandaVision. Aside from that, she worked in films too, notably in Back in the Day (2014) and Darkness Falls (2003).

Born Emma Chukker on April 8, 1973, in San Diego, California, the USA, she is the daughter of Rodney Chukker and Denise Chukker. An American by nationality, Caulfield has a mixed ethnic background; has German, English, Luxembourgian, and Portuguese ancestry.

Pa s sionate about acting, Emma Caulfield Ford completed her studies in drama before high school graduation. Having attended La Jolla Playhouse and the Old Globe Theatre, the actress sharpened her acting skills at The American School in Switzerland (TASIS) in London.

After that, she enrolled at San Francisco State University as she would carve her path to on-screen works later.

Married Twice and Lives With Second Husband-  Any Children?

Currently, the Buffy the Vampire Slayer actress lives with her second husband Mark Leslie Ford, an actor. Hence, took Mark's surname and is famous with stage name Emma Caulfield Ford. It was after 5 years of her divorce, Emma exchanged vows with her current (second) spouse Mark on June 13, 2015.

Together, the duo shares a daughter together; welcomed Knightley Lake Ford on July 10, 2016. 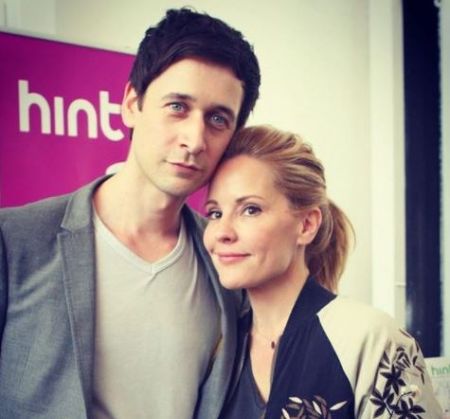 Prior, Caulfield was in a marital relationship with now ex-husband Cornelius Grobbelaar. Their wedding was held on August 23, 2006, but filed for divorce after 3 years on May 13, 2010, which finalized that year.

Emma Caulfield made her on-screen debut in 1994 with brief roles in the TV series Burke's Law, Saved by the Bell: The New Cla s s, and Renegade. But came to TV recognition after portraying the recurring cast Susan Keats in Beverly Hills, 90210 (30 episodes, 1995- 1996) starring Jason Priestley, Shannen Doherty, Jennie Garth, and Luke Perry.

In 1998, Emma got her career breakthrough with the recurring-turned-main cast Anyanka "Anya" Jenkins / Anya Emerson in Buffy the Vampire Slayer. There she worked until 2003 in 85 episodes (recurring in Season 3- 4 & main role in Season 5- 7), sharing the screen with Sarah Michelle Gellar, Nicholas Brendon, Alyson Hannigan, and Charisma Carpenter. 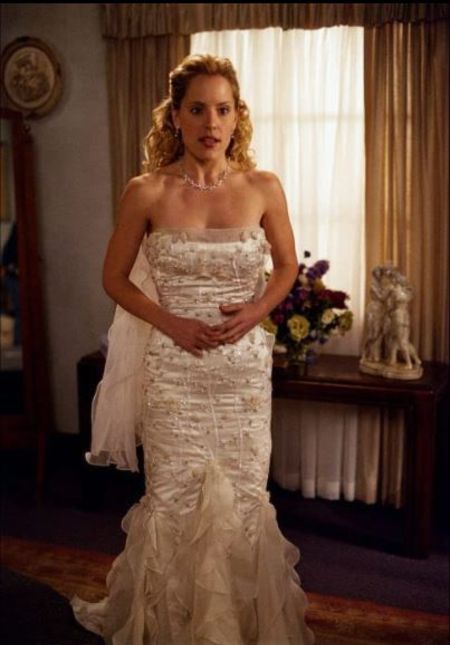 Having made guest-appearances in Robot Chicken (voice) and Private Practice (2009), Caulfield landed in the recurring role in Gigantic (2010- 11, 15 episodes), Life Unexpected (2010-11, 11 episodes), and Bandwagon: The Series (2010-11). There she shared the screen with Grace Gummer, Tony Oller, Britt Robertson, and Shiri Appleby.

In the year 2012, Emma Caulfield worked in a bunch of TV series Once Upon a Time, Royal Pains, Husbands, and Leap Year. After that, she was cast as Nurse Misty Windham in Fantasy Hospital (2016, 10 episodes) featuring Pete Holmes, Kunal Nayyar & Pauley Perrette.

How Much Is Net Worth of Emma Caulfield Ford?

According to Celebrity Net Worth, Emma Caulfield Ford has a net worth of $4 million as of February 2021. Involved in acting since the mid-90s, Caulfield worked in TV series and films for more than 26 years recording 43 acting credits.